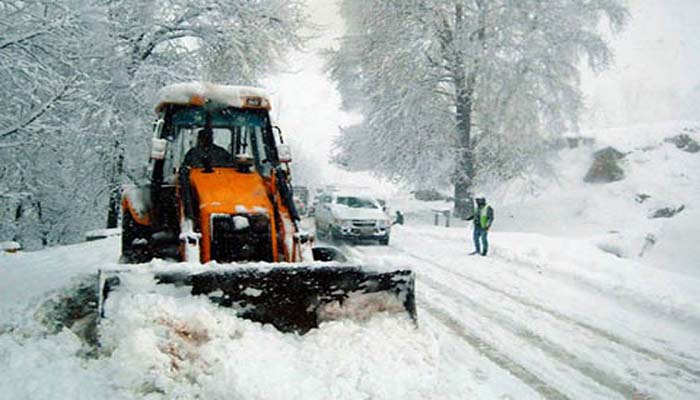 Fresh snowfall has once again delayed the reopening of road that connects the border town of Gurez and other remote villages in north Kashmir district of Bandipora with the rest of the valley.

Gurez, which is surrounded by Pakistan Occupied Kashmir (POK) from three sides, remained cut off from its tehsil and district headquarter in Bandipora from last over three months.

Official sources said that the snow clearance operation was almost complete and the repair work was to be started on Bandipora-Gurez road. “The road was likely to reopen for traffic on April 15 after remaining closed since January 1,” they added.

However, they said the road opening date would most likely be postponed as the Razdan pass and adjoining areas on Bandipora-Gurez road received about 6 inches of fresh snowfall overnight. “There is a wet weather prediction for about four days from Monday. So the snow clearance operation is again expected to be affected during that time,” they added.

They said once the weather conditions improve, the snow clearance operation would be restarted on war-footing to restore traffic to the border town and adjoining areas.

The Bandipora-Gurez road was to be reopening for traffic in the first week of April. But, the reopening date was delayed due to fresh heavy snowfall last month.

The authorities provide helicopter services to ferry patients and other stranded people, including students, from Gurez during these winter months. As many as 150 aspirants appearing in Jammu and Kashmir Services Selection Board (JKSSB) examination were airlifted to Bandipora from Gurez by District Administration Bandipora last month. Similarly, many patients were airlifted from Gurez to Bandipora for medical treatment.

However, the people of Gurez and adjoining border villages have been demanding a tunnel near the Razdan pass so that the border area remains connected with the rest of the valley throughout the year.