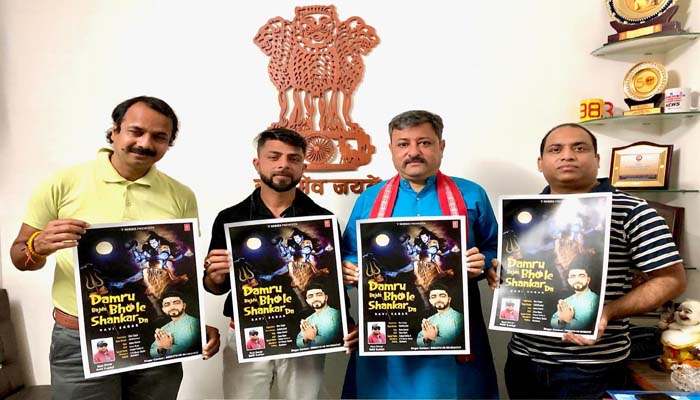 The album has been presented by T-Series Group. The lyrics of album has been written and sung by budding singer Ravi Sagar, music directed by Sahil Lucky, video-graphy by Baba Kamal.

congratulated the entire team of video album “Damru Bajda Bhole Shankar Da” and hoped that this will make waves in music industry besides is liked by netizens and people across the country.

Team Jammu chief said that Jammu and Kashmir government must open its door to the world of music industry besides film industry and ensure its presence felt here in a big way. He said that there is dire need to provide a platform to budding singers to further harness their talent. He said that the video song made by these young budding artists is the greatest example of their intellectual, creative and latent ability that needs to be harnessed for their optimal self-actualisation.

Chairman, Team Jammu, Zorawar Singh Jamwal also said that the youth who are engaged in such activities should be encouraged both by the Government and social organisations. The participation of youth in such devotional and spiritual activities will not only keep away the youth from indulging in social crimes but will also keep them in good health and sound mind.