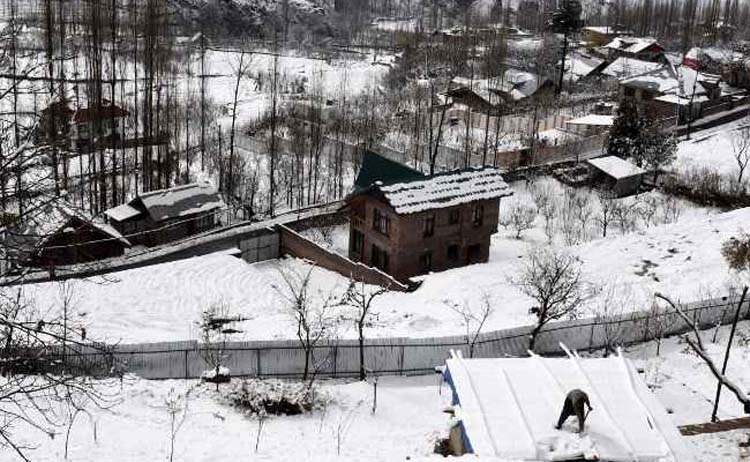 The higher reaches in Kashmir received fresh snowfall, while the plains were lashed by rains, an official at the MeT Department said Saturday.

The Meteorological Department has forecast another spell of wet weather across the state over the next few days.

Many areas in the higher reaches of Jammu and Kashmir, including the famous ski-resort of Gulmarg in north Kashmir, received fresh snowfall overnight which continued till Saturday morning, the official said.

Snow was also recorded in some areas like Banihal along the Srinagar-Jammu National Highway, he said.

According to the weatherman, there is a possibility of rain/snow at widespread places in the state for the next few days, with heavy falls at isolated places in Kashmir and Jammu regions on Saturday.