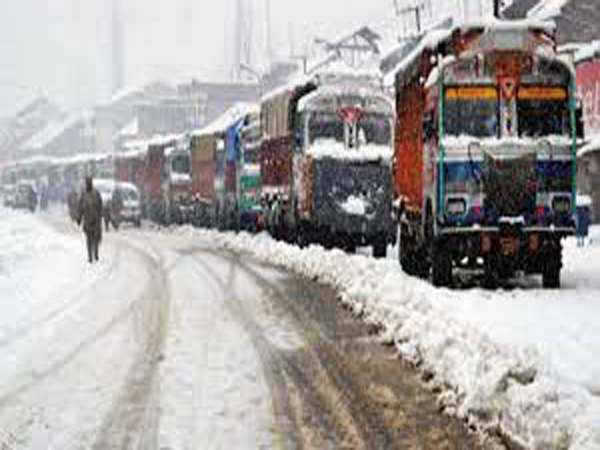 Continues rain and snow has once again shut 300-km long Jammu-Srinagar national highway on Monday. All flights for Srinagar have also been canceled for today.

Jammu and Kashmir has witnessed night long rain and snow, which has once again led to landslide at different places on the Jammu-Srinagar national highway.

Official of the Meteorological Department here said that the famous ski-resort of Gulmarg in north Kashmir received around two feet of fresh snowfall during the night.

There are reports of heavy snowfall in many of the higher reaches of the state as well, including in some of the areas along the nearly 300-km long Srinagar-Jammu National Highway forcing its closure.

“Srinagar-Jammu National Highway has been closed for traffic due to bad weather,” htraffic officials confirmed.

There is heavy snowfall near Jawahar Tunnel and other areas along the highway the only all-weather road-link connecting Kashmir with the rest of the country so the authorities decided to suspend the traffic.

The air traffic to Kashmir valley has also been suspended till the clearance of snow at International Airport Srinagar.