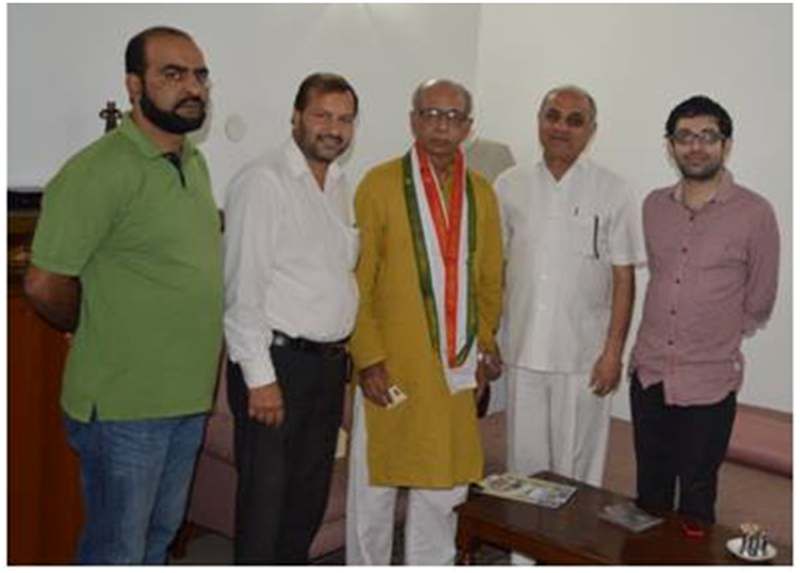 Eminent educationist  Mehmoodur Rehman, former Additional Chief Secretary of J&K State and one of most dynamic Vice Chancellors of Aligarh Muslim University, Aligarh who was a Keynote Speaker in a National Seminar in Jammu recently,  honoured by Gandhi Global Family (GGF) for his outstanding services to society  especially in the field of education and administration.

Rehman who is recipient of Padmashri  and several other awards, thanked Gandhi Global family for the token of respect. He appreciated the role of Gandhi Global Family in the field of peace and non-violence. The Gandhian organization who is actively engaged in uniting the people and bridging the divides  particularly at this very crucial point of time, as per ideals of father of nation and apostle of Peace, Mahatma Gandhi, is very encouraging, he said.

Padmashri S.P. Varma, President, GGF – J&K, lauded the contributions of Mehmoodur Rehman, both as an able administrator who started his career as Assistant Commissioner from Anantnag, J&K State in 1967  later served on various important portfolios in the state finally as Additional Chief Secretary and financial commissioner, and as Vice Chancellor of prestigious AMU Aligarh where he reformed the university at various fronts. His innumerable contributions in the field of administration, education and socio-economic development of country are exemplary and outstanding, Varma added.

During his stay in Jammu, Rehman interacted with several people from various walks of life and alumni of AMU who are now enjoying key positions in various fields of life. Ashaq Malik co-ordinated the event.