Geelani  displays softness in his attitude to address K issue 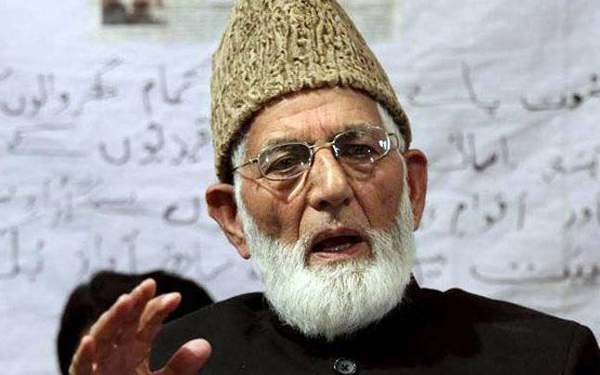 The hard-line faction  of the  All Parties Hurriyat Conference, Tuesday  showed a  considerable softness in its  attitude during meeting with five members delegation from Delhi, as it confined  its presentation to the ongoing unrest  and demand for the release of all arrested leaders to  devise a common view point in addressing the longstanding Kashmir issue.

The Syed Ali Shah Geelani  Hurriyat Conference said in a statement after the meeting, “along with people resistance activists and leaders have been put behind bars and Geelani Sahab himself is under house arrest for last 6 years. All the people and leaders should be released and the cases against them should be withdrawn so that after consultation a common and collective point of view can be put forward.”

Apart from the use of phrase “Kashmir issue  waiting for its resolution  since 1947,” most of the content of its leader Syed Ali Shah Geelani ‘s interaction with a five-member  delegation of the Indian civil society  led by former external affairs minister Yashwant Sinha , was focused on the updated details of the killing and injuries during the more than 100 days of unrest. It was more of a criticism of the state apparatus rather than a hint at his often played up proposition of the U N resolutions being the ultimate for Kashmir resolution.

Geelani played  a  perfect host, in sharp contrast  to September 4 when the knocks of some of the members of the All Party Delegation went unresponded.

During the discussions , the release said, Geelani  reminded them  of the historical perspective of the Kashmir issue, pending for its final resolution since 194- there was no specific reference to the U N resolution .;

“Hurriyat said that people have rendered huge sacrifices for settlement of this long standing dispute. Referring to the present uprising, delegation was told that for the last 107 days 94 people have been killed with 15,000 people injured and an equal number, especially youth are arrested. About 100 people are arrested daily and draconian laws like PSA are slapped on them and they are shifted to jails outside valley.

It was conveyed to the delegation, with all the updated data that arrested people include old as well as juvenile

Commenting on the prevailing situation it was said that onus of peace in the region particularly in Jammu and Kashmir lies with those holding power, military might and other resources.