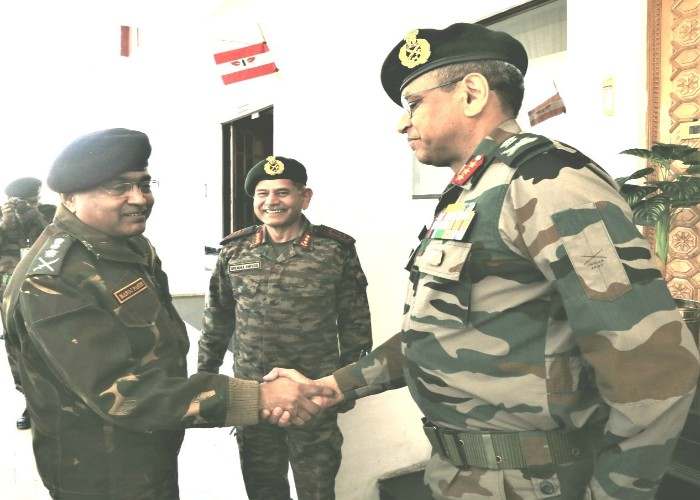 Within a fortnight after taking over as army chief General Manoj Pande landed in Ladakh on Thursday to review situation along LAC where a tense stand-off with Chinese troops has entered third year.

In his first visit outside Delhi after he assumed the post of Army Chief, Gen Pande arrived at Ladakh today following which he was briefed on the Line of Actual Control (LAC) with China by Northern Army Commander Lt Gen Upendra Dwivedi and ‘Fire and Fury’ Corps Commander Lt Gen A Sengupta.

Gen Pande also reviewed the equipment used by the Army in the Ladakh sector including unmanned aerial vehicles along with other ‘Made-in-India’ defence equipment, Army officials said.

The Army Chief as a Major General had commanded the 8 Mountain Division responsible for the operations along the Pakistan border in the sector.

Gen Pande, whose unit 117 Engineers Regiment itself is deployed in operations along the Eastern Ladakh sector has made clear instructions that the force would not allow any loss of territory in that area where the Chinese and Indian forces have been in a military standoff situation for the last two years now..

“unilateral and provocative actions by our adversary to change the status quo by force had been adequately dealt with”. Pande had said to the media on his first day at the office.