Golmaal 4 to NOT clash with Rajinikanth’s 2.0, producer thanks Rohit Shetty 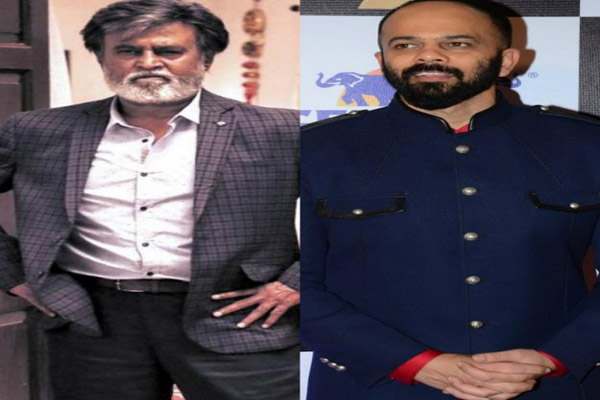 The 2.0-Golmaal 4 clash has been in the news for the longest time now. Earlier there were rumours, that the two wouldn’t clash for various reasons but then recent reports stated, that the clash was confirmed for Diwali 2017. But now, the final verdict is out – Golmaal 4 will NOT clash with Rajinikanth‘s 2.0. And we can confirm this because the producer of 2.0, has taken to social media to thank Rohit Shetty himself for the support given to 2.0 – “Rohitji, thanks for the magnanimous support given for 2.0 !!! You are Indeed a great fan of our @superstarrajini!!!” Hey Rohit Shetty, That sure is the coolest way to show you are a big Thalaiva fan. Reports state, that Golmaal 4 will release two week prior, but no official announcements have been yet. We can only confirm that the clash is NOT happening.

Golmaal 4 bring back together the old team of Arshad Warsi, Ajay Devgn, Tusshar Kapoor and Shreyas Talpade. This time, Parineeti Chopra has been finalised as the female lead. As for 2.0, it a big budget sci-fi starring Rajinikanth, Akshay Kumar, Amy Jackson. Although certain elements of Enthiran- The robot will repeat itself in this film, the storyline is entirely different. The first look launch was held ina grand event in Mumbai. Along with 3D motion poster, three first look posters were released on social emdia. Akshay Kumar’s scary avatar as DR richards stunned everybody. Also, the face off between Rajini aka Chitti and Akshay Kumar aka Dr richards in 2.0’s first look poster was epic. There are too many reasons to be excited about 2.0 – Rajinikanth’s alleged triple role, Akshay Kumar‘s villain role, the graphics, VFX, and Amy Jackson’s secretive role.

Now that clash is out fo the way, we can look forward to an ultimate laughter riot and a sci-fi actioner with equal excitement! In fact, now even Rohit Shetty can look forward to 2.0 just like a true Rajinikanth fan! Stay tuned for more updates on Golmaal 4 and 2.0.