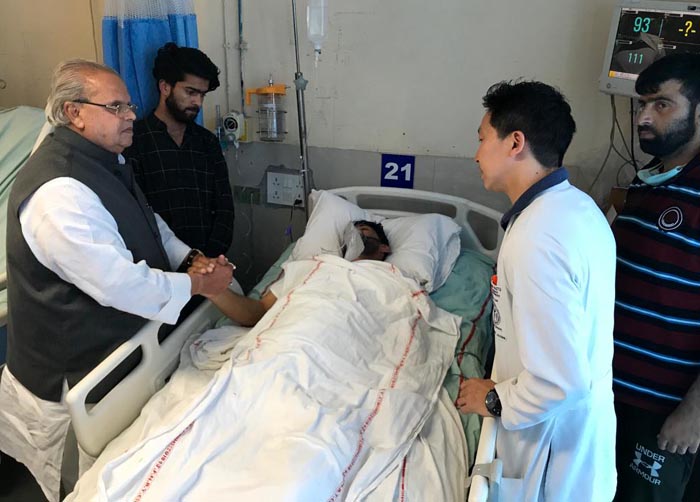 Enquires about well being of injured Police personnel

Governor also met Constable Ferooz Ahmed who was injured during terrorist attack on Police Post Chanapora on April 26 and undergoing treatment at the hospital.

He wished them a speedy recovery and assured them of full support of the State government.

Governor was informed by the doctors that the injured personnel were receiving the best treatment and were recovering well.