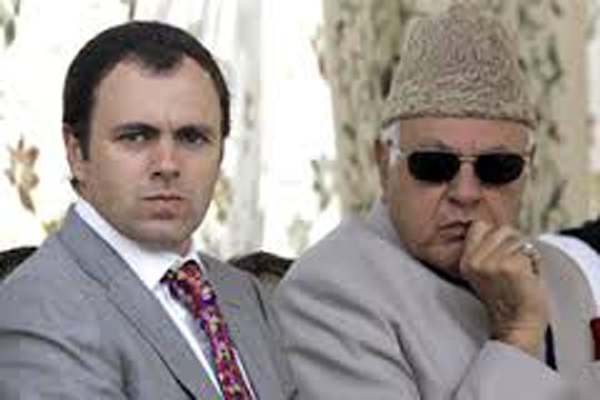 The Jammu and Kashmir Government has blocked the residence of NC President Farooq Abdullah at Gupkar road in Srinagar on Friday, according to his son Omar Abdullah
In a tweet this morning , Omar said , “ J&K administration has blocked the residence of Party President Dr Farooq Abdullah and stopped him from offering prayers at Dargah Hazratbal. “
He said JKNC condemns this infringement of fundamental right to pray, especially on the auspicious occasion of Milad Un Nabi SAW.
Farooq Abdullah also heads the newly formed People’s Alliance for Gupkar Declaration that has committed itself to reverse all the decisions taken by the Centre on August 5 last year, scrapping of special status of Jammu and Kashmir and split of the state into two Union Territories.
Following the notification of new land laws, there is a lot of tension in Kashmir. Yesterday, the police had detained PDP leaders and workers who protesting against the law that allows anyone from the country to buy non- agricultural land in Jammu and Kashmir.