Gujarat: Massive Fire Breaks Out at ONGC Plant in Surat, no Casualty so Far 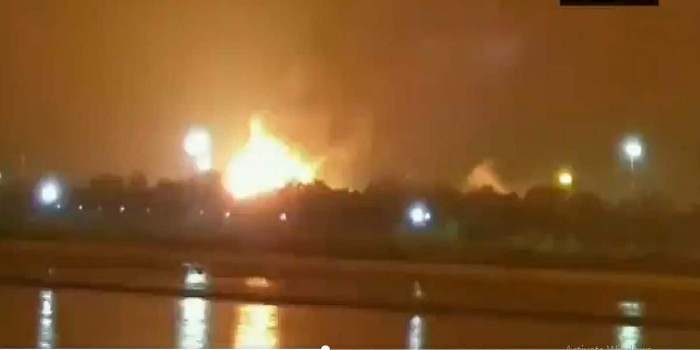 A massive fire on Thursday morning broke out at an Oil and Natural Gas Corporation (ONGC) plant in Surat. Fire tenders were rushed to the spot.

No casualty has been reported so far.

“Around 3 am, 3 consecutive blasts took place at ONGC Hazira Plant which led to the fire. Firefighters present at spot. No casualty reported so far. The activity of depressurizing the pressurized gas system underway by ONGC officials,”said Surat Collector Dr Dhaval Patel