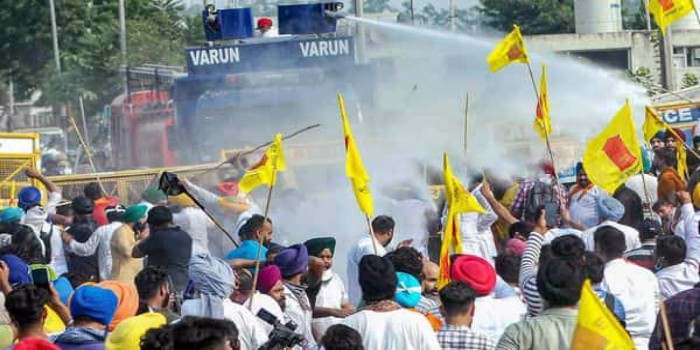 Farmers across Punjab will begin their three-day rail roko agitation in the state from Thursday, against the Centre’s contentious agricultural bills. This agitation is in addition to a state-wide ‘bandh’ that has been called by various organisations on September 25. Also on the day, the opposition Congress will launch its nearly two-month-long ‘mass movement’ against the Centre for passing these ‘anti-farmer’ and ‘anti-poor’ bills.

Two of the three bills–The Farmers (Empowerment and Protection) Agreement on Price Assurance and Farm Services Bill, 2020 and The Farming Produce Trade and Commerce (Promotion and Facilitation) Bill, 2020–were passed last week in Parliament. The bills now await the President’s nod to become laws even as the opposition has urged him to give his assent to the bills.

“Farm bills will double the income of farmers and empower them. Those who are opposing the bills are enemies of the farmers and are misleading them. Why are they (Opposition) supporting the middlemen,” says Madhya Pradesh CM Shivraj Singh Chouhan.