Gujjars to Jammuties ; Tolerate us , we are in trouble 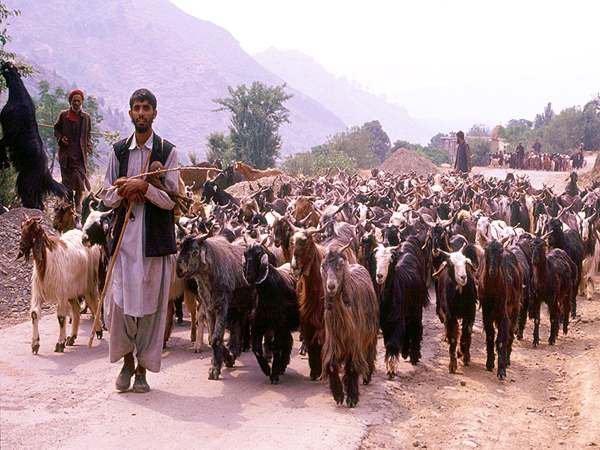 Facing eviction from  lands,   mainly in Jammu province , the nomadic  Gujjar  community today appealed to Jammuties to tolerate them  and their animals till the government rehabilitate them properly through a piece of law,  in the state.

They  said, “we  are in trouble and looking for help  from all around purely  on humanitarian grounds,  to run our livelihood”.  They made this  appeal  in a programme organised by Tribal Research and Cultural Foundation to discus issue of rehabilitation of nomads,  held here today. The programme was presided over by noted Tribal researcher Dr. Javaid Rahi while a number of representative of Gujjar community participated.

Dr, Javaid Rahi in his address said nomads are  not “against anyone” , nor they are the ‘land grabbers’ or the ‘demography changer’ as dubbed by anti tribal forces . They  only struggle  for their livelihood and work hard to cater the requirements of  their animals  , in order to  pull  up their daily affairs of life .

He said,  those who are  land grabbers they should be taken to task but poor nomads must not be targeted.

The other speakers said thar State Government to adapt models of other States of India to re-rehabilitate nomadic tribes, who live migratory life and move from place to place in the State with their animals. They stated that the other States  of India have developed “Forest villages” for tribal and nomadic communities  and rehabilitated the STs with the support  of Union Tribal Affairs Ministry. He said  that our State can also  achieve the goal by extending National Conservation Act-1980 and Forest Right Act -2006 to Jammu and Kashmir.

They  said  the STs of J&K are expecting a positive outcome from the committee constituted by State Governor N N Vohra  in March this year under the supervision of Chief Secretary B R Sharma to prepare a draft plan to re-locate and re-rehabilitate nomadic tribes.

They demanded long term legal provisions to rehabilitate nomads, nomadic and semi-nomadic Gujjars, Bakerwals, Gaddis, Sippis and Changpas  population who are land-less, shelter-less and living below the poverty line in hilly and border areas of the Jammu and Kashmir.