POK refugees annoyed with BJP and state Govt. apathy towards them 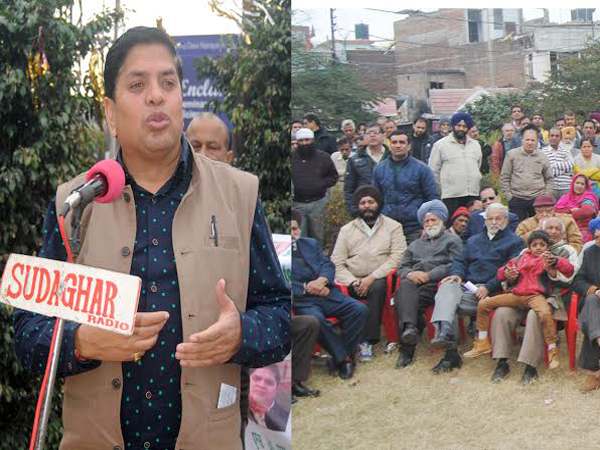 Launching a scathing attack, POK Refugees said that it is very sad that BJP who gave the slogan of “Sabka Sath Sabka Vikas” is confined to the “Vikas (Development)” of only Valley migrants. BJP’s slogan now seems a farce as it has duped PoK refugees after the Assembly elections of 2014.

Addressing a rally of POK displaced persons their Chairman Rajiv Chuni said  “During elections, BJP made tall claims of resolving all issues pertaining to PoK refugees but it has shown a quite slavish face by ignoring us everywhere. BJP has kept discriminatory approach while dealing with PoK refugees”.

The rally was attended by PoK refugees in Jammu and hailed the efforts of S. O. S. International that has been working for their cause.

The magnitude of discrimination can be gauged by the fact that earlier, Government has given a package of 6000 jobs to Valley migrants and recently again, it has awarded another 2100 jobs package for them. They are getting monthly cash relief of Rs 10, 000 per family, free ration, free electricity, free shelter, free health care facilities, interest free loans, income tax exemption, reservation, free school education to higher education and other facilities. Contrary to this, PoK refugees are getting nothing. One hand every comfort is being provided to one community and other hand keeping step motherly treatment to another community. Is it called “Sabka Vikas” or only Kashmir’s “Vikas”? he asked.

Chuni stated that some BJP leaders are trying to weaken our movement and they are not letting any chance to miss for exploiting us as they have been doing it from the day they are in power.

He further said, “it is widely known fact that PoK refugees are the worst and foremost victims of Jammu and Kashmir State”.

He further said that due to biased treatment on the part of Government, PoK refugees youths are compelled to do sub-standards jobs like laborer, domestic servant, drivers, cleaners etc due to lack of education. “We all are citizens of same country and Indian constitution states that every citizen enjoys equality but what kind of equality of this where Government treats its citizens with different yardsticks. Our people need to understand the truth that we are exploited by political parties as they divide our people for their political gains. Let us show these political parties by taking a pledge that PoK refugees will fight only for their cause and their people who are fighting tooth and nail to get justice then the problem will be resolved. The battle has reached at some conclusion and I assure you that if every PoK refugee’s child rise against the cruel approach of opportunists, we will achieve our ultimate goal”, he added.