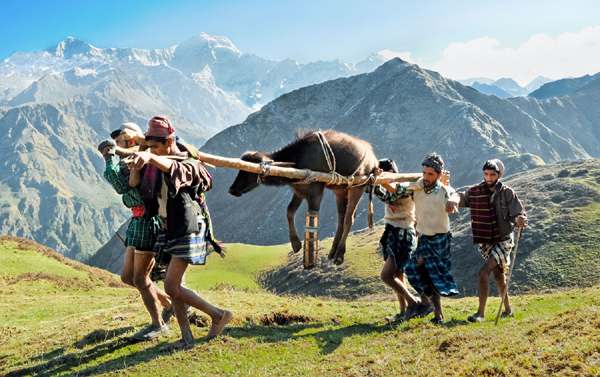 Demanding extension of SC/ST Prevention of Atrocities Act, passed by Indian Parliament, to Jammu and Kashmir -the Gujjars- a main tribal community today pleaded that with the implementation of this Act in the State , cultural , fundamental and socio-economic and political rights of weaker sections can be protected.
The community member were speaking in programme organised by Tribal Research and Cultural Foundation on the Topic ‘Tribal of J&K state’. The Programme was presided over by noted Tribal researcher Dr. Javaid Rahi while a number of scholar also participated in the discussion.

“To provide social equality, speedy justice to the tribal of Jammu and Kashmir , the Scheduled Castes and Tribes (Prevention of Atrocities) Act, passed by Parliament in amended form, may be extended to J&K added that thorough this J&K tribal get the rights enjoyed by the tribes in other states. Such provision, if extended to J&K, could not only prevent atrocities, discrimination, harassment against the SCs, STs, but will provide legal safeguard against anti-tribal forces” he added.

The Act which was passed recently by Lok Sabha and Rajya Saba in amended form and sent to President of India for nod is a law made to protect the life and dignity of tribal communities across India. However, this Act was not made applicable to the tribes of J&K by virtue of the state’s special status. They appealed President of India Ram Nath Kovind and Governor N N Vohra to intervene in the matter to protect their safety, equality and tribal rights.

The speakers said to establish a bias free society this Act or similar Act is requires in J&K. He said for dispensation of justice, liberalise and ensuring special sensitivity in cases of offences against tribal and Dalits this Act should must be extend in J&K in too too.

The speaker said such Act can prevent SC/ ST s from Social , political and economic exploitation . He further said that the offences of atrocities are committed to humiliate and subjugate the SCs and STs with a view to keep them in a state of servitude can be removed only with some new provisions which constitute a separate class of offences and cannot be compared with offences under the Indian Penal Code,

The Act provides provisions of criminal law and liability for a number of specifically defined atrocities, and extends the scope of certain categories of penalizations given in the Indian Penal Code (IPC).