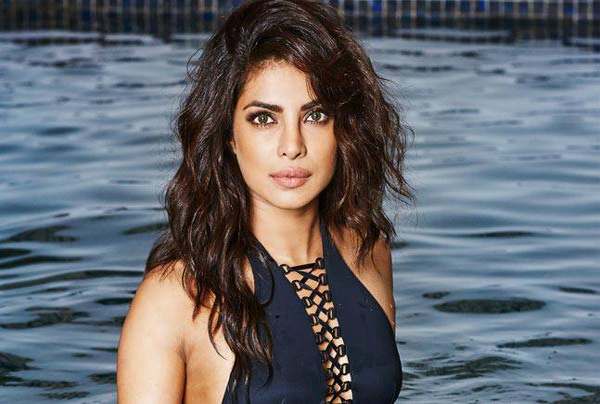 Priyanka Chopra has too much on her plate and only 12 days to finish it all up when she returns to India.

Priyanka Chopra is always on her toes. If she isn’t shooting Quantico, she is promoting it on various chat shows. She might also be found supporting the many regional films that she produced recently. With NYC as her second home, PC is in town only when work calls her. And that’s exactly what she will do after her return to India on December 21.

Priyanka has all of 21 days before she flies back to NYC to shoot some more of Quantico till March -end. Post that she will leave for an European tour of Baywatch with the cast and crew of the film. Now let us give you a rundown of what her 12 day India plan entails, as reported by a leading daily. P.S. this is not for the faint hearted!

PC has signed a global deal with a new hair product. She will shoot a campaign for it. Apart from that, she has six other brands including haute couture line, sportswear, refreshment brand and a nutrition drink to deal with. And she is on a clock for these campaigns. In four days, she has to wrap all that up! Duff & Phelps’ 2016 celebrity valuation report has named Priyanka as one of the most valuable celebrity brands in India. Her current remuneration for the same is somewhere between Rs 4 crore and Rs 7 crore per endorsement.

PC will be seen adorning seven magazine covers in next few days. And if that isn’t enough, she will also be part of Koffee With Karan. Oh and she will go solo this time. No rival (Deepika Padukone) or boyfriend (Shahid Kapoor) for company this time round. But then a global superstar like her doesn’t really need anyone we feel.

All work and some play

PC has a newly done-up abode to spend her days in India. Last time when she was here, she got it tastefully designed and now, she will host a dinner with friends at her home. That’s a list we really want to see now. More than the attendees we are curious about the names that will be struck off the guestlist. Any guesses?

Priyanka will also be busy conducting many meetings with filmmakers and the list includes, Sanjay Leela Bhansali, Zoya and Farhan Akhtar, Ritesh Sidhwani, Madhur Bhandarkar and Ashutosh Gowariker. With Bhansali, she will be discussing Sahir Ludhiyanvi’s, noted Bollywood lyricist and poet, biopic. As for the rest, we will get back to you on that the moment we get a wind of anything. She will also take care of the many regional films that she will be producing along with her mother Madhu Chopra.

PHEW! That’s all for now. Priyanka, are you a superwoman or what? Who does so much work when home? When was the last time you took a break? There are so many questions we want to ask this actress who is on a roll!