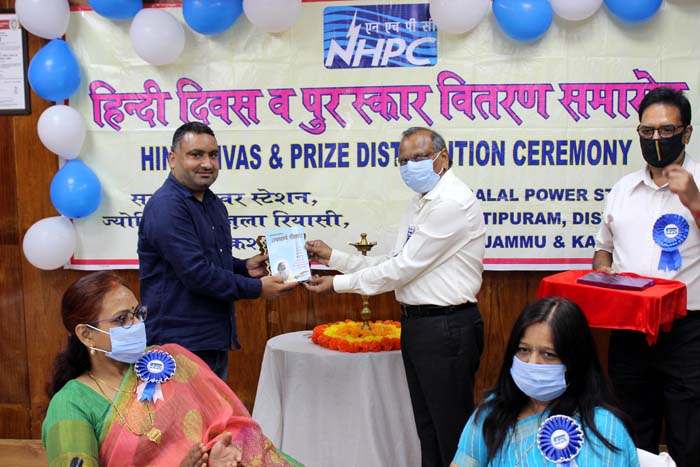 On the occasion of the inauguration of Hindi Day, Shri Kuldeep Kumar Sharma, Assistant Manager (Official Language) welcomed and greeted all the honourable guests and presented details of events and competitions organized during Hindi Pakhwara. The employees of Salal Power Station, gave the Hindi Day celebrations a festive look with their poems and songs.

On the occasion of Hindi Day, 48 winners of the competitions were rewarded by providing Hindi books and cash awards. Along with this, various departments, departmental heads and Hindi coordinators of Salal Power Station were also honoured with Rajbhasha Shield Award, Rajbhasha Shilpi Award and Rajbhasha Smriti Awards. On the occasion of Hindi Day, Journalists  & Media Personnel were also honoured by Head of Power Station. They had been presented  Yatharth Gita written by Swami Adgadaanand ji and other Hindi books along with mementoes.