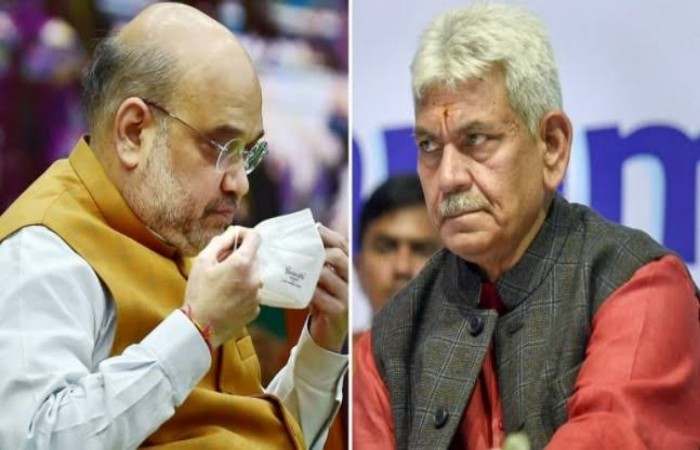 The Union Home Minister Amit Shah chaired a high-level meeting with the Lieutenant Governor Manoj Sinha , to chalk out a course of restoring statehood to the Union Territory of Jammu and Kashmir apart from discussing whether Amarnath yatra be held this year because of the threat of the third wave of the coronavirus.

The meeting centered around the security situation in Jammu and Kashmir, which all the security agencies have termed as more peaceful than in the past over three decades , which were roiled and rattled by the militancy related violence However, a note of caution was struck that Pakistan needs to be kept under watch as the terror infrastructure has not been dismantled there despite more than 100-day old ceasefire along the Line of Control.

It is learnt reliably that the Government would give preference to health sector and its needs before announcing its decision on conduct of the Yatra to the cave shrine in Himalayas in South Kashmir devoted to Lord Shiva, where a naturally made Shivlingam or stalagmite is the major attraction for the pilgrims.

It is pertinent to mention here that JK News Today was the first to say that a decision on the Yatra will be taken by June 15.

Amit Shah who had promised the statehood to the UT of J&K on August 5, 2019, when the Government of India dis away with the special status of J&K and announced its split into two union territories.