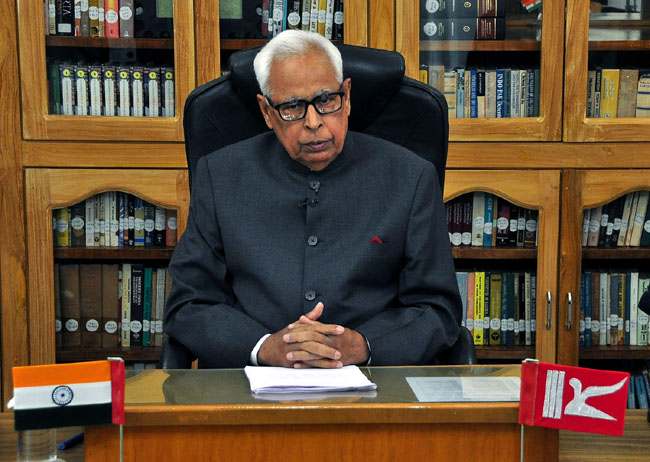 The SAC deliberated upon the various proposals submitted by Administrative departments for its consideration and approval.

The SAC accorded sanction to the creation of 29 posts of Readers Grade-I, 58 posts of Readers Grade-II, 23 posts of Senior Stenographers and 21 posts of Junior Stenographers in the Subordinate Judiciary to implement the recommendations of Shetty Pay Commission for the staff of Subordinate Judiciary and to implement the directions issued by Hon’ble Supreme Court in this regard.

With the creation of these posts, Jammu and Kashmir has fully implemented the recommendations of the Commission for staff of Subordinate Judiciary which include their career progression and grant of allowances etc. at par with their counterparts in other States.

Enhancement of remuneration of Research Assistants in JK High Court

The SAC accorded sanction to the enhancement of remuneration/honorarium being paid to Research Assistants in Jammu and Kashmir High Court from Rs 15000 to Rs 25000 per month. The move will bring their honorarium/remuneration at par with their counterparts in other High Courts of the country.

Use of Forest Land for developmental purposes

The SAC approved diversion of 29.90 hectares of forest land in various parts of the State for undertaking developmental activities in the railways, roads, drinking water and other sectors.

The proposals were recommended by the Forest Advisory Committee (FAC), headed by the Chief Secretary in its 106thmeeting held on 20.04.2018.

In a significant decision, the SAC approved procurement of latest Cleaning machines by J&K Lakes and Waterways Development Authority (LAWDA) for 4 basins of Dal-Nagen Lake, through global tendering process.

The matter of augmentation of mechanical resources of the Lakes Authority has been pending for a long time for want of decision making.

The SAC while appreciating the ground realities including excessive weed growth, macrophyte infestation and massive expansion of lily patches in the open water expanse of Dal-Nageen Lake, has promptly responded in the matter raising hopes of lake conservation.

The SAC emphasized that the pristine glory of all water bodies including Dal-Nageen lake has to be restored and every effort shall be made to arrange the financial and mechanical resources for effective and timely management of lake cleaning operations.

It is pertinent to mention that most of the available machines with the LAWDA have outlived their utility life and are being operated beyond their working capacity. The withdrawal and re-deployment of these machines from one to another basin of a 25 Sq. Km lake area has been severely impeding the working efficiency and reducing the net progress.

While recognizing the fact that the procurement of sophisticated top end aquatic machines may take few months, as an interim measure the SAC gave nod to LAWDA for hiring of lake cleaning machines uptoMarch 2019, so that the lake ecology does not get affected adversely due to excessive weed growth and macrophyte infestation.

The SAC accorded sanction to the establishment of public library at TujjarSharief, Zainagir, District Baramulla alongwith creation of 02 posts.

A cross section of the society of the area including students, scholars, researchers and general public had been demanding establishment of Public Library at TujjarSharief.

The establishment of Library will help students, scholars and researchers as well as retired officers/officials. This will be a Government owned Library with the Library Department.

The SAC also directed the Libraries Department to bring a Public Library Policy before it in the next four weeks.

The SAC gave nod to the enactment of the ‘The Jammu & Kashmir State Trust for Welfare of Persons with Autism, Cerebral Palsy, Mental Retardation and Multiple Disabilities Bill, 2018” and ‘The Jammu and Kashmir Drugs and Magic Remedies (Objectionable Advertisements) Bill, 2018’.

The Jammu and Kashmir Drugs and Magic Remedies (Objectionable Advertisements) Bill, 2018 aims to put a check on misleading advertisements for certain purposes of remedies alleged to possess magic qualities which directly or indirectly gives a false impression regarding the true character of the drug or makes a false claim for the drug or is otherwise false or misleading in any manner.

In the year 1954, the Government of India passed Drugs and Magic Remedies (Objectionable Advertisements) Act, 1954. The said Act extends to whole of India except the State of Jammu and Kashmir. The State Health and Medical Education Department mooted the proposal for enactment of legislation similar to the Central legislation.