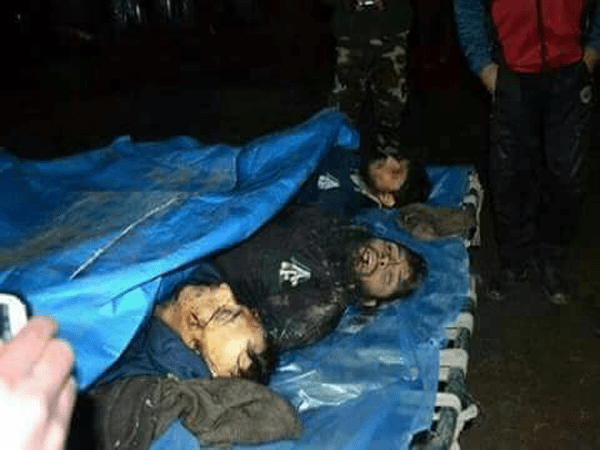 The father of a militant, who was killed with two of his associates on Monday morning near south Kashmir’s Pahalgam resort, has said that he told his son to offer prayers during the gunfight in which he was killed.

Sheikh Farooq, the father of Abid Hussain of Saktipora village of Anantnag district, said he talked to his son for the first and last time during the gunfight since he became a militant last year.

“When he was caught in the cordon, he called me for the first time and said: father, I am caught in the cordon and there is no option to escape. I told him to read prayers, (I told) all three, and offer namaz. I told them to pray to Allah to succeed them in the cause,” Farooq told a crowd of mourners which had gathered yesterday for the funeral of his son.

Farooq, who is an imam, made a brief speech before leading the funeral prayers for his son.

It is rare for a militant to call home during gunfights, but several militants have done it in the past. In recent years, the last calls made by few militants had become viral on social networking sites.

Abid, along with two other militants Adil Reshi and Maqsood Shah, was killed in a gunfight on Monday in Awoora village near Pahalgam.

Reshi, according to a report published in Srinagar based newspaper Kashmir Reader, was from a rich business family and drove a costly Sports Utility Vehicle before becoming a militant.

“Reshi came from an affluent business family. His father, Mushtaq Ahmed Reshi, owns many businesses including several shopping complexes in Bijbehara town, where his family is currently residing. He also has a successful construction material business and a carpet factory,” the newspaper said in its report.