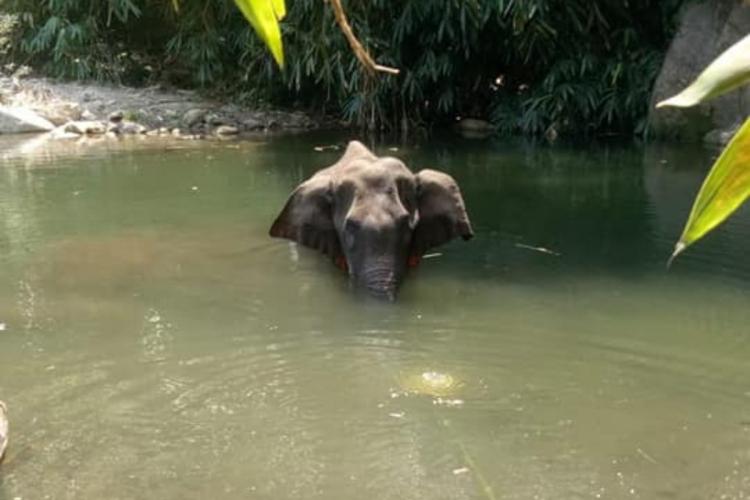 Kerala pregnant elephant death: The man, who is in his forties, allegedly handled explosives and also assisted others, according to Chief Wildlife Warden Surendra Kumar

A man has been arrested for his alleged involvement in the death of a pregnant elephant in Kerala, the state Forest Minister said today. This is the first arrest in the case that has sparked massive outrage. The arrest comes a day after Chief Minister Pinarayi Vijayan said that three suspects had been identified.

“The arrested man is a rubber tapper. A search is on for others,” Palakkad district police chief G Siva Vikram Said.

The man, who is in his forties, allegedly handled explosives and also assisted others, according to Chief Wildlife Warden Surendra Kumar.

The wild elephant strayed into a village near Silent Valley National Park in Palakkad last month and is suspected to have eaten something with firecrackers stuffed in it. It exploded in the elephant’s mouth. The animal walked for days in agony before it went into a river and died standing on May 27.

Villagers in the region often use firecrackers or explosives stuffed in food – fruit or animal fat – to protect their fields from wild animals like boar. The horrific practice has been widely condemned.

Photos shared on social media showed the elephant standing in the river with her mouth and trunk in water, perhaps for some relief from what can only be imagined as excruciating pain.

The animal may have suffered the injury 20 days ago and had starved since, officials guessed from her shrunken form.

“Justice will prevail,” Pinarayi Vijayan promised in tweets yesterday, responding to the tide of anger and grief after visuals of the elephant, dead in a river, emerged in a forest officer’s post earlier this week.

Mr Vijayan said his government’s investigation would also try to address the increased instances of human-wildlife conflict. “Climate change could be adversely affecting both the local communities and animals,” he tweeted.