India, France are ‘no limits’ allies with full spectrum op-cooperation 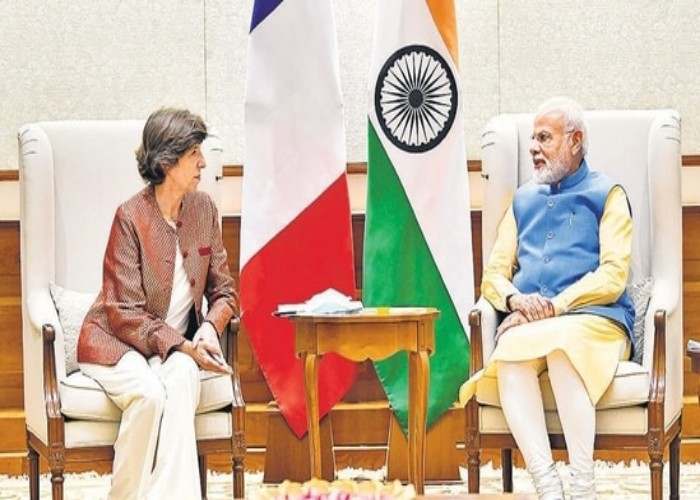 Visiting French Foreign Minister Catherine Colonna told India’s top leadership that President Emmanuel Macron has told her to offer a “no-limits” partnership to India, with full operational cooperation in the Indo-Pacific and a comprehensive partnership in defence and security relations, people familiar with the matter said.

With both having shared aspirations of strategic autonomy, India and France have decided to hold separate trilateral ministerial meetings with Australia and the United Arab Emirates (UAE) in New York on the sidelines of the UNGA session in the coming week as part of their cooperation in the Indo-Pacific, the people added.

Colonna met Prime Minister Narendra Modi, external affairs minister S Jaishankar and National Security Advisor Ajit Kumar Doval with the two countries discussing the Ukraine war and deciding that a diplomatic solution was the only way out of the protracted conflict. Since Russian President Vladimir Putin has regular telephone conversations with President Macron and PM Modi, the two sides decided to use their good offices to bring the war to an end by pushing for a diplomatic solution. The visiting foreign minister also discussed with her counterpart the way to mitigate adverse effects of the Ukraine war particularly on global food and energy security.

While Colonna’s focus was the cementing of diplomatic and political ties with India, she made it clear that France is not looking for defence contracts but defence partnership with India with 100% transfer of technology, joint ventures to manufacture full spectrum hardware, and export to other countries, the people cited above said. France has already offered joint development and manufacture of Safran aircraft engines, AIP submarines and is also willing to help India with the construction of nuclear powered conventionally armed submarines.

While EAM Jaishankar and NSA Ajit Doval shared their assessment of the neighbourhood with Colonna, particularly focusing on China and the Af-Pak region, the two sides also had intensive discussions on the Indo-Pacific with both countries committing to safeguard each other’s interest and also provide assistance to other countries, from the South West Indian Ocean to the far Pacific. The two countries are also looking for trilateral relationships with south east Asian countries to consolidate their convergence in the Indo-Pacific.

Terrorism emnating from Af-Pak region also figured in the conversations with France offering full support to India in getting Pak based terrorists sanctioned by the UNSC 1267 committee, the people added.