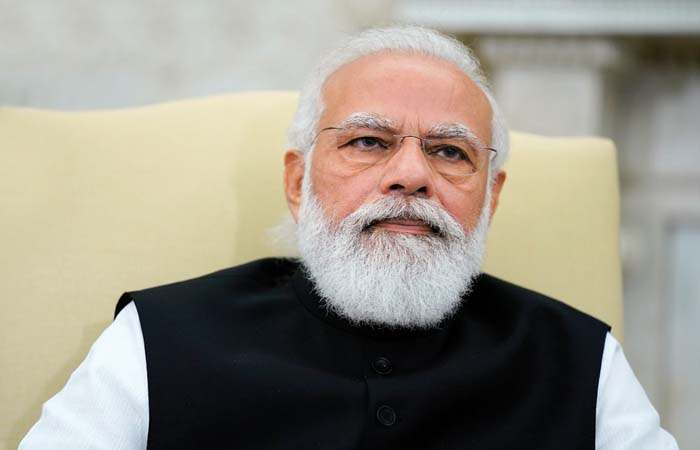 India is  forecasted  to be the  world’s fast growing  big economy  in 2022 and it will stay the same course for many more years . In short, it has been termed as India’s moment under the leadership of Prime Minister Narendra Modi.

Well this is not a prediction made by some astrologer in India nor is it  what many love to call the wish of the “ Modi bhakts” – the term used for the admirers of the Prime Minister in whom they see as a man who  works 24×7 to rebuild  India into a global leader in all positive senses of the word. It is  the forecast made by the world reputed magazine “ The  Economist”  known for analysing things on merit and the solid inputs determining the future course.

India is forecast to be the world’s fastest growing big economy in 2022 and why it has a chance of holding on to that title for years. “

This conclusion  has been drawn on the basis of the world that India has undertaken under the leadership of Prime Minister Narendra Modi, who successfully overcame all the odds , even the most challenging the seasons and waves of pandemic of Covid-19 .

It said that there is a novel confluence of forces stands to transform India’s economy over the next decade , improving the lives of 1.4bn people and changing the balance of power in Asia. Technological leaps, the energy transition and geopolitical shifts are creating new opportunities—and new tools to fix intractable problems.”

The Economist spotlighted that how the country , emerging from the pandemic , shows  visibility of new patterns of growth . “ It is unlike anything you have seen before. An indigenous tech effort is key. As the cost of technology has dropped, India has rolled out a national “tech stack”: a set of state­sponsored digital services that link ordinary Indians with an electronic identity, payments and tax systems, and bank accounts. The rapid adoption of these platforms is forcing a vast, inefficient , informal cash economy into the 21st century. It has turbocharged the world’s third -largest  startup scene after America’s and China’s. Alongside that, global trends are creating bigger business clusters.  The ITindustry has doubled in size in a decade, helped by the cloud and a worldwide shortage of software workers. Where else can Western firms find half a million new engineers a year? There is a renewable­energy investment spree: India ranks third for solar installations and is pioneering green hydrogen. As firms everywhere reconfigure supply chains to lessen their reliance on China, India’s attractions as a manufacturing location have risen, helped by a $26bn subsidy scheme.

Western governments are keen to forge defence and technology links. India has also found a workaround to redistribute more to ordinary folk who vote but rarely see immediate gains from economic reforms: a direct, real­time, digital welfare system that in  36 months has paid $200bn to about 950m people.  These changes will not lead to a manufacturing boom as big as those in South Korea or China, which created enough jobs to empty the fields of farmers. They do not solve deep problems such as extreme weather or clogged courts. But they do help explain why India is forecast to be the world’s fastest ­growing big economy in 2022 and why it has a chance of holding on to that title for years. Growth generates more wealth to invest in the country’s human capital, particularly hospitals and schools. Who deserves the credit? Chance has played a big role: India did not create the Sino­American split or the cloud, but benefits  from both. So has the steady accumulation of piecemeal reform over many governments. The digital ­identity scheme and new national tax system were dreamed up a decade or more ag

Modi’s government has also got a lot right. It has backed the tech stack and direct welfare, and persevered with the painful task of shrinking the informal economy. It has found pragmatic fixes . Central­ government purchases of solar power have kick­started renewables. Financial reforms have made it easier to float  young firms and bankrupt bad ones. Mr Modi’s electoral prowess provides economic continuity. Even the opposition expects him to be in power well after the election in 2024.”