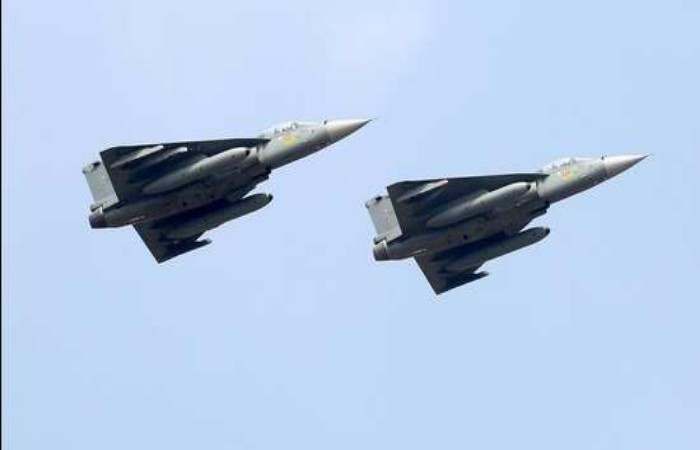 The budget set aside for domestic defence procurement in 2021-22 will be used for buying a variety of military hardware, ranging from fighter jets to combat helicopters and tanks to missiles, officials familiar with the modernisation of the armed forces said.

India has set aside ₹70,221 crore — 63% of the military’s capital budget — for buying locally-produced weapons and systems to boost defence indigenisation.

The budget will be used for making milestone payments for several domestic acquisitions through the year. Such payments refer to a certain percentage of the total deal amount that has to be paid at different stages of the execution of a contract.

Last year, the ministry spent over ₹51,000 crore, or 58% of the capital budget, on domestic purchases.

The first Mk-1A aircraft will be delivered to the Indian Air Force in three years, with the rest being supplied by 2030. The deal involves the supply of 73 Mk-1A fighter jets and 10 LCA Mk-1 trainer aircraft.

The dedicated financial allocation for indigenous weapons and systems is a game changer and will contribute in a big way to India becoming Atmanirbhar (self-reliant) in defence, said Lieutenant General Vinod Bhatia (retd), a former director general of military operations.

“Our dependence on imported military hardware is a major weakness which is being corrected. Dedicated financial allocation will give a much-needed boost to the Make-in-India initiative as also help develop the domestic defence ecosystem. But the procedures and processes too should be addressed as they continue to be laborious,” Bhatia said.

The new tanks will cost ₹8,380 crore, with the order likely to be placed with the Ordnance Factory Board (OFB) this year. Protection systems for the AFVs will cost ₹5,300 crore.

HAL is likely to be awarded a contract to supply 15 LCHs to the Indian military this month. The IAF and the army together require 160 LCHs.

The state-owned plane maker is also likely to be awarded a contract soon for 106 basic trainer aircraft for IAF. Last August, the defence acquisition council accorded its acceptance of necessity (AoN) for 106 Hindustan Turbo Trainer-40 (HTT-40) aircraft for IAF.

Also, India will sign a $2.5-billion contract this year for buying 56 medium transport aircraft for IAF to replace its fleet of ageing Avro-748 planes.

Airbus Defence and Space and Tata Advanced Systems Limited (TASL) will jointly execute the project to equip the air force with 56 C-295 transport aircraft under the Make-in-India initiative in the aerospace sector.

Under the contract, Airbus will deliver the first 16 aircraft in flyaway condition while the remaining 40 will be assembled in India by TASL, as previously