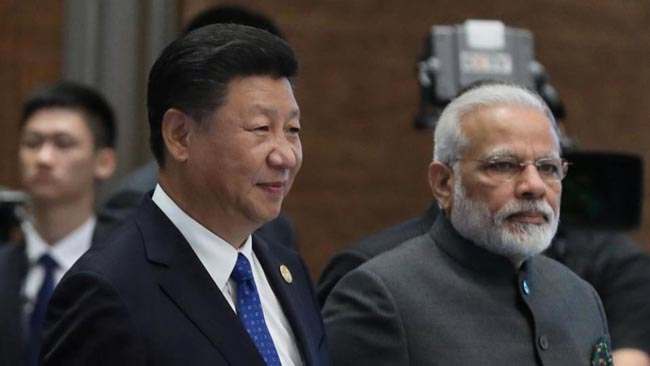 In the 2040s, India is expected to surpass the United States (in PPP terms) and become the world’s second largest economy, behind China. Alongside this Indian emergence, the international order is undergoing significant change as well, with power increasingly diffused among states as a new, multipolar geostrategic landscape begins to emerge with fresh layers of complexities.

These developments have the potential to position India as the world’s most influential democracy in the second half of the 21st century, giving it the ability to shape the Indo-Pacific region and the dynamically evolving global order.

From the Indo-Pacific region to the world

At the Shangri-La Dialogue earlier this year, Indian Prime Minister Narendra Modi delivered a speech in which he argued that the “destiny of the world will be deeply influenced by the course of developments in the Indo-Pacific region”. This bold claim has come within the context of both growing economic opportunity and expanding strategic challenges for the region.

Sheer numbers alone elevate the importance of the Indo-Pacific and its influence across the world. It is now home to more than 65% of the world’s population who collectively produce more than 60% of global GDP. Over half the world’s trade passes through this region, and it hosts the fastest-growing armada of naval fleets along with seven nuclear powers. This region will also have a disproportionately high contribution to global growth in the decades ahead and will therefore ink the pen that scripts the new terms of trade, financial flows and investments, growth, humanitarian assistance, and peace and security.

Even as this redistribution of wealth and power propels this region to the global high table, a position it long enjoyed up to the 15th century, the multiplicity of old and emerging actors, and their varied interests within the region and beyond are spurring greater unpredictability and new anxieties. There are simply no reliable 20th-century templates to manage such a simultaneous rise of multiple actors and interests in a region. China, which was the first mover, now finds itself having to deal with the pushback to its own expansive plans, as well as with propositions from other initiatives such as the “Quad” (comprising of India, the US, Japan and Australia) that seek to steer the region’s future. There is little doubt that new pathways to a new order need to be discovered soon.

Modi’s speech at Shangri-La signalled New Delhi’s acceptance of this reality, and its willingness to embrace greater responsibility in anchoring a “rules-based democratic order” in the region. Indeed, as a rising economic power with favourable demographic conditions – in 2020, the average age in India will be 29 years old (compared to 37 in China) – India is well positioned to shape the future of the Indo-Pacific.

India’s vision for the region

India’s geostrategic vision for the Indo-Pacific is unique. It rejects pitting China against the Quadrilateral Initiative in a zero-sum competition “between free and repressive visions of world order”, as the American vision postulates. It also rejects the Chinese proposition, which creates perverse dependencies through economic statecraft and military coercion in a manner better suited to the Cold War era.

Instead, India is positioning itself to take a different path – one that does not see the world in binaries, bifurcated between partners and allies on one side, and competitors and adversaries on the other. India offers an opportunity for engagement and dialogue to all states, big and small, democratic and authoritarian, advanced or developing.

The new vision moves away from conceptions of non-alignment or strategic autonomy, tools of foreign policy that may have outlived their corresponding geopolitical utility. When Prime Minister Modi stated that “the Indo-Pacific region is not a limited club of members”, he signalled New Delhi’s intention to lead a new configuration of states, guided by communities that yearn for development, markets that require connectivity and nations that seek security.

The strategy calls for India to lead by example and show that as its capabilities rise over the coming decades, it will not abandon certain norms that reflect uniquely Asian democratic tendencies, open and transparent economic governance, and non-interventionist security paradigms.

Four steps for India to take

To put in place a vision that shapes the region and attracts others, India needs to script its own expectations from four key relationships.

First, New Delhi should define its ‘China policy’. It needs to determine what it is looking for from Beijing and make clear what it will refuse to put on the negotiating table. At Shangri-La, Modi made clear that no nation can unilaterally “shape and secure” an Indo-Pacific order. Delhi must be prepared to enforce this statement of fact as a baseline norm. An Asian ethic cannot be scripted by China alone, whether it is on infrastructure connectivity or managing security disputes. The economic prosperity of the region will be implicated by the strength of the India-China partnership.

Second, New Delhi should develop a clear policy toward the US. Thus far, New Delhi has essentially muddled through, deferring to Washington regarding policy in the region. India must answer whether it is ready, willing and able to play a larger role in defining a vision for the concert of democracies in the region and beyond. If, as Prime Modi recently indicated, the answer to all these is “yes”, New Delhi needs to put forth a more confident proposition for Washington to support. Is it now time to hand the baton over to India?

Third, New Delhi must rethink its engagement with its neighbours, particularly around two existing regional architectures. The South Asian Association for Regional Cooperation (SAARC), an eight-member union meant to advance economic and regional integration, is in tatters. The Bay of Bengal Initiative for Multi-Sectoral Technical and Economic Cooperation (BIMSTEC), a seven-member organization meant to promote economic cooperation and trade, has turned into a forum for talk rather than action. Unless India presents a clear, enticing proposition to its neighbours, it will be hard-pressed to shepherd a new strategic vision in the larger region.

Finally, Delhi must engage more vigorously with the global institutional framework. At the World Economic Forum in January, Modi warned of a “gap between the old systems of [international] institutions and the needs of many developing countries”, echoing Delhi’s age-old grievance with the Atlantic institutions and a new sense that India must help close this ‘gap’. India’s pivotal role in the Indo-Pacific will be bolstered through its co-ownership of the institutions created by the developed world and in making them work in coherence with the new institutions such as the New Development Bank and the Asian Infrastructure and Investment Bank, in which India has significant stakes.

India’s Indo-Pacific vision exemplifies its ambition of being a “leading power”. Even so, it is merely the beginning of a decadal journey, which will see India shoulder the expectations that befit the world’s largest democratic economy. To do this, Delhi must constantly reassess the dimensions of change underway, visualize the possibilities that are on offer, anticipate the attendant risks and author the new order arising out of Asia.