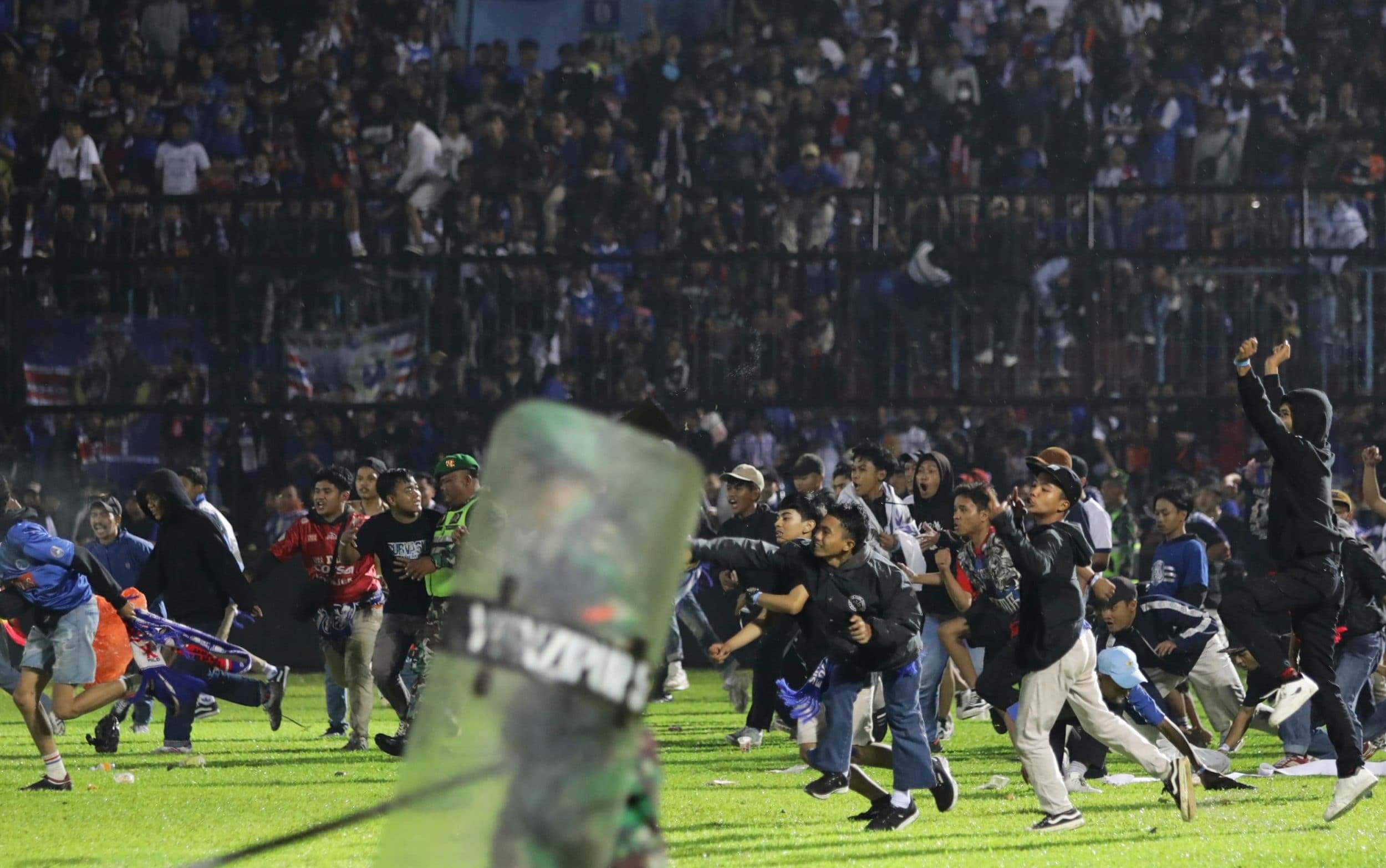 At least 174 people have died in a stampede at an Indonesian football match that has become one of the world’s worst stadium disasters.

About 180 were also hurt in the crush after home team Arema FC lost to bitter rivals at the overcrowded stadium late on Saturday in Malang, East Java.

The stampede took place after police tear-gassed fans who invaded the pitch.

As panic spread, thousands surged surged towards the exits, where many suffocated.

Initial reports put the death toll at about 130, but Emil Dardak, East Java’s deputy governor, later announced a significant rise that put the figure at 174, adding that 11 more people were seriously injured.

President Joko Widodo has ordered that all matches in Indonesia’s top league must be stopped until an investigation has been carried out.

Videos from the stadium show fans running on to the pitch after the final whistle marked the home team’s 2-3 defeat.

“It had gotten anarchic. They started attacking officers, they damaged cars,” he said, adding that two police officers were among the dead.

“We would like to convey that… not all of them were anarchic. Only about 3,000 who entered the pitch,” he said.

Fleeing fans “went out to one point at the exit. Then there was a build-up, in the process of accumulation there was shortness of breath, lack of oxygen”, he added.

Fifa, the world’s governing football body, states that no “crowd control gas” should be carried or used by stewards or police at matches.

Violence at football matches is not new in Indonesia, and Arema FC and Persebaya Surabaya are long-time rivals.

However Persebaya Surabaya fans were banned from buying tickets for the game because of fears of clashes.

Chief Security Minister Mahfud MD posted on Instagram that 42,000 tickets had been sold for the match at the Kanjuruhan stadium.

President Widodo called for this to be the “last soccer tragedy in the nation” after ordering that all Liga 1 games should be paused pending an investigation.

The stampede is one of the worst of a tragically long line of stadium disasters.

In 1964, a total of 320 people were killed and more than 1,000 injured during a stampede at a Peru-Argentina Olympic qualifier in Lima.

In 1985, 39 people died and 600 were hurt at the Heysel stadium in Brussels, Belgium, when fans were crushed against a wall that then collapsed during the European Cup final between Liverpool (England) and Juventus (Italy).

In the UK, a crush developed at the Hillsborough stadium in Sheffield, resulting in the deaths of 97 Liverpool fans attending the club’s FA Cup semi-final against Nottingham Forest.