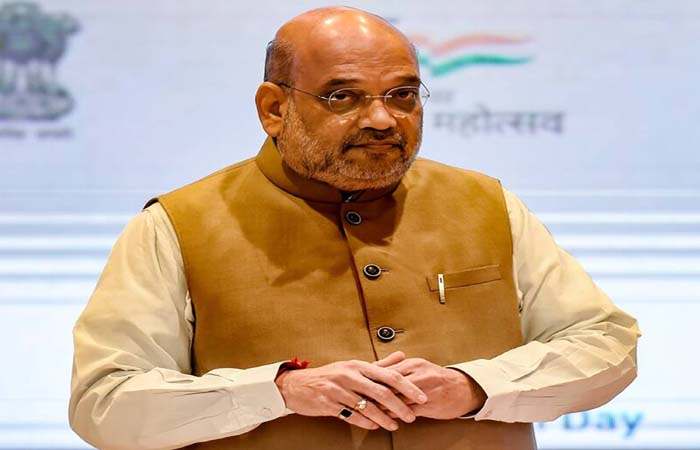 Jammu and Kashmir is extraordinarily excited about the three-day visit of Home Minister Amit Shah to the Union Territory beginning today as there are high expectation that he would announce Scheduled Tribe status for the Pahari-speaking population bringing them at par with the already ST categorized communities in this part of the country., particularly nomadic tribes of Gujjars and Bakerwals . Apart from that he is carrying a profound strategic human security that harmonizes relationship between the communities and the regions in Jammu and Kashmir .
The grant of the ST status or mere mention of the announcement of it for Paharis was considered, and narrated as an issue of big conflict between the two communities, which for centuries have been living and sharing poverty, backwardness, lack of proper connectivity and deprivation together . The Gujjars and Bakerwals have a different tradition as the nomadic tribes travel up and down with their herd to mountains and plains with the change of the season – on the onset of summer they move in highland pastures and with the arrival of winters , they make a return journey to plains . Pahari-speaking population, however , stays in the places permanently . They, however, are reluctant , or opposed to the coveted status being with one community only , and Gujjars and Bakerwals are having their reservations over the issue .
This part of the HM’s visit is very crucial , as it very, very critical to the national security in which Kashmir is embedded so prominently . This is the human dimension of the security in which the stakes of a sizeable section of the population will be raised in the security atmosphere of the union territory , about which certain fictions are being peddled within the territory exported from across the border .
Amit Shah whose ministry is responsible for the Jammu and Kashmir affairs , in which the security is a major issue . The local administration led by Lieutenant Governor Manoj Sinha , in consultations with the Union Home Ministry , is seized of all aspects of the administration in which the security narrative is travelling beyond the counter-terrorism operations – meaning thereby that terrorists are being hounded out and eliminated . More than 250 terrorists have been killed this year so far. These operations also target at the ecosystem of terrorism- facilitators and sympathizers and the sources from where the idea terrorism is seeded in the impressionable minds of youngsters. His thesis, which he has articulated many a times is , “ No terrorist will be spared, and no innocent would be touched ( harmed) ever.” This has created a security syndrome in which the forces are clear what they have to do , and the people know that the definition of the counter-terrorism operations has changed dramatically in their favour . But there are tinges of tension still in existence .
But, there are firm indicators that Home Minister will harmonise the relations between these communities and build a security network, based on the human relationship , for the UT. His public meetings in Rajouri and Baramulla and interaction with the community leaders across the regions are step in this direction .
Before the start of the visit of Home Minister , the Centre had nominated a prominent Gujjar leader Ghulam Ali Khatana to Rajya Sabha – honour granted to the community for the first time in the history of J&K. This is seen as a recognition of the community’s contribution to the nation, as also it is to tell the community it holds a special place in the party’s national thinking of giving adequate representation to the unrepresented and neglected communities . That is how the visit will play out for next three days.