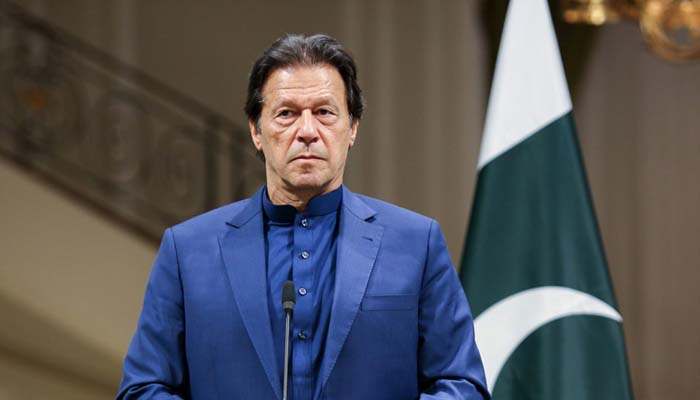 The pandemonium in Pakistan National Assembly (PNA) during a debate on budget on Tuesday with treasury and opposition benches hurling objects and shouting expletives reflects the inability of the Imran Khan government to stem the rising political chaos in the country.

Even though the Pakistan Tehreek-e-Insaaf (PTI) government is unlikely to face any credible political threat from either opposition alliance PDM or PML-N, which itself is embroiled in an internal tussle, it is the infighting within the ruling party coupled with economic crisis and rampant corruption which are weighing the ruling party down.

Senior politician from Pakistan’s Punjab province, and a key member of the PTI, Jahangir Tareen, broke away from the ruling party in May, forming his own splinter group with around 35 like-minded lawmakers from national and provincial assemblies. Tareen, who has been implicated in a corruption case, is considered close to the country’s military junta. A businessman and sugar tycoon, Tareen is known to have wooed many a politicians to join Khan’s party, helping him win the elections that made him the prime minister in 2018.

Another worrying factor for PM Khan is the involvement of members of the government in the Rawalpindi Ring Road scam. It has been alleged in local news reports that billions of dollars were made in property deals as part of the project since its conception in 2017. This has severely dented the credibility of Imran Khan’s anti-corruption crusade and the promised vision of Naya Pakistan.

Despite all this, the Pakistan government put the current opposition leader in the National Assembly, Shahbaz Sharif, on a no-fly list. Sharif had a court order allowing him to travel abroad for medical reasons. Investigation agencies have also been directed to reopen a decade-old corruption case against Sharif brothers, which had been decisively closed by the court. Shahbaz Sharif has served as chief minister of Punjab and has close ties with the military.

Apart from this, spiralling inflation, cries of misgovernance and growing unpopularity of the PTI government has put strains on the military’s relationship with Imran Khan.

The government’s claims about a 3.9% growth rate of the country’s GDP has been challenged by the opposition and has called it fraudulent. Fact is that Pakistan’s economy continues to be bogged down with repayment pressures on account of external debt as a result of which Islamabad has sought restructuring of USD 3 billion debt from China and the circular debt of the power sector includes USD 1.3 billion arrears of the Chinese power companies.

To add to the discomfort of the Imran Khan government is the internal security situation with increasing terror activities – mainly in Balochistan, Khyber-Pakhtunkhwa (KP), Sindh and Punjab. Baloch insurgents continue to attack security forces, their alleged informants and workers of the China Pakistan Economic Corridor project. Sunni terror groups like Lashkar-e-Taiba/Jamaat-ud-Dawah, Jaish-e-Mohammed and their affiliates continue to operate freely in public with impunity.

Khan has made counter moves to consolidate his political standing by scuttling the military’s efforts to engage the opposition and even whipping public sentiments on relations with India in direct contravention of the Army chief Gen Qamar Javed Bajwa’s nuanced efforts to tone things down between the two countries. As a result, hybrid arrangement remains in a state of suspended animation and the military’s stake in Imran Khan is steadily declining with diminishing returns.

What caused a serious dent in the relation between the military and the civilian government is the ruling dispensation’s showcasing of success stories in the foreign policy sphere such as the May 7-9 visit by Imran Khan to Saudi Arabia on the invitation of Crown Prince Mohammed bin Salman. The visit was held under the watchful eyes of Pakistan army chief General Bajwa, who reached Saudi Arabia earlier on May 4, but the fact was underplayed.

There was also a lot of noise in the local media over Islamabad’s pro-active role in support of Palestine in the Israel-Palestine conflict. On the other hand an important meeting between Pakistan NSA Moeed Yusuf and US NSA Jake Sullivan in Geneva was played down despite the fact that the former offered special economic incentives to US in a bid to reach out to the Biden administration. The early withdrawal of US and NATO forces from Afghanistan will be a major concern for Islamabad as the cross border attacks in KP and Balochistan are likely to increase as both the Taliban and the Afghan government are going to battle it out for Kabul on Durand Line. The spill-over of the forthcoming battle for Kabul will add to instability in Pakistan.