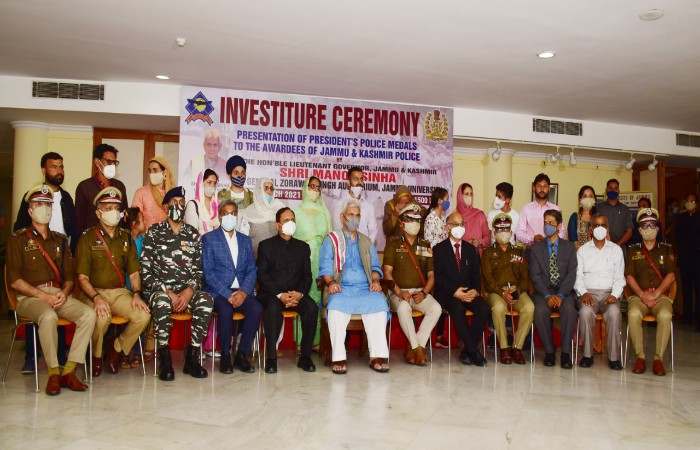 The Lt Governor congratulated the recipients of the President’s Police Medals and saluted the indomitable courage & valour of the bravehearts of JKP who made supreme sacrifice in the line of duty while upholding the unity, integrity and sovereignty of the nation.