It was Zamrooda  who defiled the  foundation stone 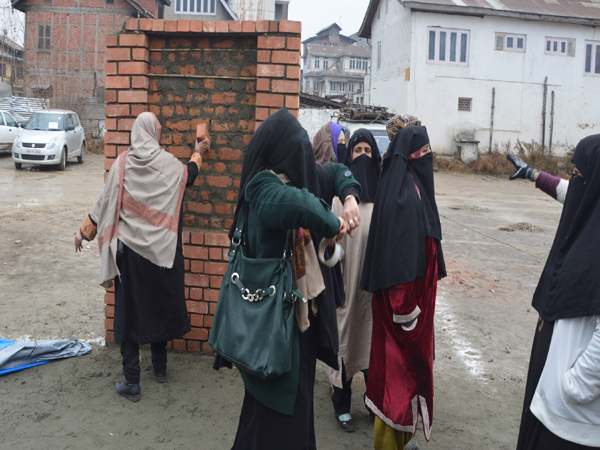 It was Zamrooda Bibi and her associates who had vandalized the foundation stone  of multi-level parking  laid by Chief Minister Mehbooba Mufti  at the premises of the state motor garages  in Srinagar yesterday and  not the supporters of  Amira Kadal MLA and former minister  Altaf Bukhari, as the details poured in late last evening.

But it was separatist face Zamrooda and her associates who vandalized the  foundation stone platform later .

Mehbooba Mufti had called for development and reconciliation  in her speech after unveiling the foundation stone.