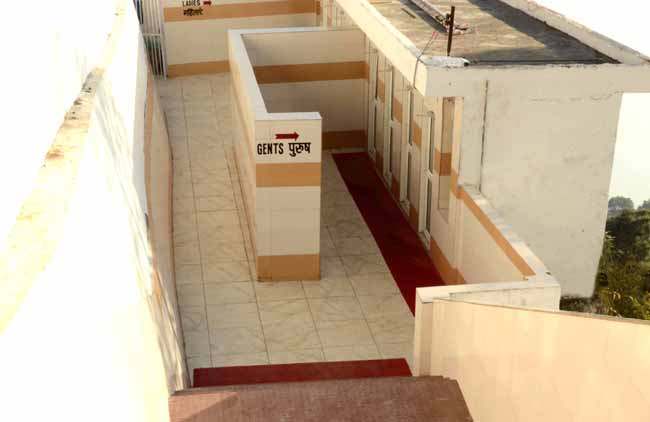 The Jammu and Kashmir government has directed authorities to meet the original target of constructing 60,000 individual household toilets (IHHTs) in urban areas under the Swachh Bharat Mission (SBM) in the state.

The directions were passed by Chief Secretary B V R Subrahmanyam at the 6th state level apex committee meeting of the flagship SBM (Urban) here, an official spokesman said on Tuesday.

Subrahmanyam issued the directions to the implementing agencies to complete the original mission target of constructing 60,000 IHHTs, which was based on the demand received earlier across 80 Urban Local Bodies (ULBs) of the state.

You have completed nearly 37,000 IHHTs, now focus on the remaining 23,000 and allocate these rationally across the ULBs and let these be beneficiary led, the chief secretary said.

He also called for involving the newly elected ULBs to ensure effective ward-wise implementation and monitoring of the programme.

The meeting was informed that about 34,000 IHHTs and 800 community toilets or public toilets have been constructed under the programme till date. Nearly, 3000 IHHTs and 1350 Community Toilets are under construction at the moment, the spokesman said.

He said the apex committee also reviewed the status of the solid waste management (SWM) Component of the SBM (U).