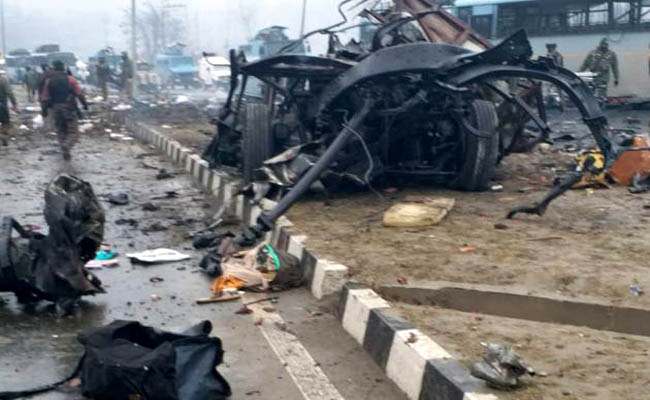 Mudasir Ahmed Khan alias ‘Mohd Bhai’ is suspected to have arranged the vehicle and explosives used in the suicide attack on February 14 that killed 40 CRPF personnel.

A terrorist, believed to be a key planner in the terror attack in Pulwama, is among the three Jaish-e-Mohammed (JeM) terrorist killed in an encounter with security forces in Tral area in south Kashmir.

Mudasir Ahmed Khan alias ‘Mohd Bhai’ is suspected to have arranged the vehicle and explosives used in the suicide attack on February 14 that killed 40 CRPF personnel.

News agency PTI, quoting officials, reported that Khan had been in constant contact with suicide attacker Adil Ahmed Dar, who rammed an explosive-laden car onto the CRPF convoy. The National Investigation Agency (NIA), which is probing the Pulwama terror attack, carried out searches at his residence on February 27.

The 23-year-old terrorist was an electrician with a graduate degree and a resident of Pulwama. He initially joined Jaish as an overground worker in 2017, but was later drawn into the terror outfit by Noor Mohammed Tantrey, alias ”Noor Trali”, who is believed to have helped the terror group’s revival in the Kashmir valley, PTI reported.

He is also believed to be involved in the terror strike at the army camp in Sunjawan in February 2018, in which six personnel and a civilian were killed. Khan was also involved in the Lethpora attack on a CRPF camp in January 2018 that left five CRPF personnel dead.

Mudasir Ahmed Khan was killed along with two terrorists during the operation in Pinglish area of Tral in Pulwama district. The operation was launched after the security forces received intelligence input about their presence in the area.