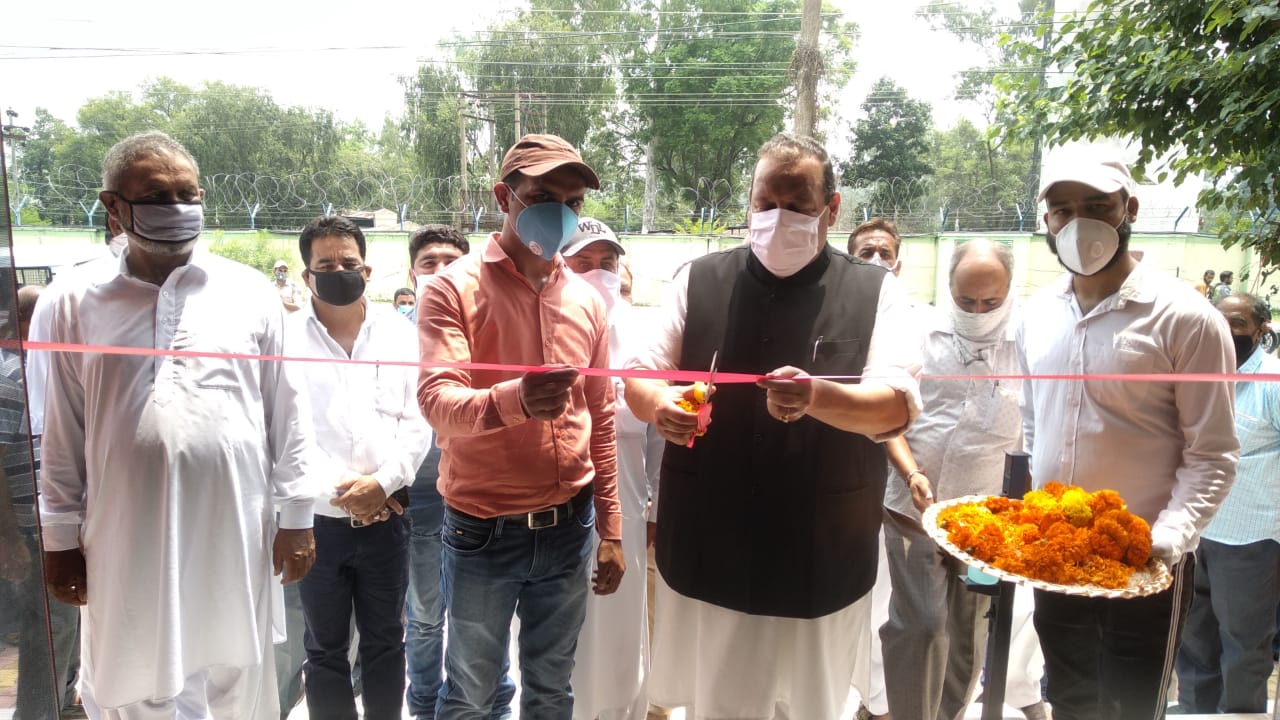 National Conference Provincial President Devender Singh Rana today expressed concern about ignoring genuine aspirations of Jammu region, saying this has generated a feeling of disempowerment and marginalisation among the people.

“Over the years, Jammu interest has been bartered notwithstanding the overwhelming support to the self-styled Messiahs of the Duggarland ”, the Provincial President said, adding that the least the Centre and the administration here can do is to go for massive course correction as penance to betrayal of trust of the self-respecting people..

In an informal interaction with media persons at the sidelines of inauguration of a business establishment by a young engineering entrepreneur at Khanpur Nagrota, Mr Rana said the people of Jammu have been taken for granted just for their overwhelming faith in the system that has terribly failed them—be it employment, development or share in the welfare schemes. This eventually has resulted in despair and desperation that if not addressed could prove counter-productive, he maintained.

Rana hoped that perpetrators of injustice to Jammu will realise their follies and stop taking moral grandstanding on every issue. This is like sprinkling salt on the wounds of this region that has always remained in the forefront in national reconstruction. They needed a fair and better deal, he said, adding that instead what they got is the worst type of humiliation in terms of denial and deprivation. He said the youth are particularly dejected and depressed due to shrinking of jobs and apprehensions of these being shared due to unjust domicile rules. He said Jammu’s yearning for development and progress has witnessed roadblocks in recent years, as a result of which the people are suffering.

Later, addressing a gathering, held while maintaining the mandatory protocol of pandemic, Mr Rana hailed the front-line workers for their exemplary role in serving the suffering people. At the altar of their own lives as also their families, they have never looked back when it came to tackling the infection which has taken a heavy toll across the globe. He said their heroism is being acknowledged by the people with a sense of unprecedented gratitude.

“The front-line COVID-19 warriors—the doctors, the paramedics, the sanitary and sanitation staff, the employees engaged in essential services have really done a yeoman job in the fight against the virus”, Mr Rana said, adding this has earned them respect and esteem of the society as a whole. He, however, emphasised the need for cooperating these warriors which will greatly stop the spread of infection that is causing a lot of worry lately.