Jammu-Srinagar National Highway closed for traffic due to tunnel repair 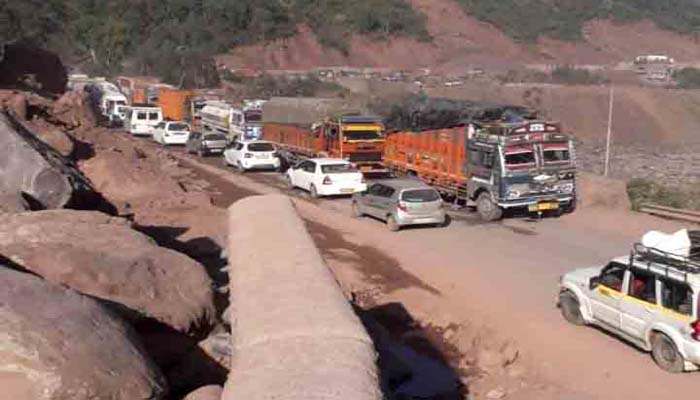 Jammu-Srinagar National Highway was closed for traffic on Tuesday morning to repair the tunnel at Panthyal while Mughal road was opened for light vehicular traffic, officials said.

The traffic department said in a tweet at 6 am that both side traffic was stopped on Jammu-Srinagar NHW in view of repair of steel Tunnel at Panthyal.

“Traffic will be released after clearance by NHAI (national highway authority of India),” it said.

Two other important roads – SSG(Srinagar-Sonamarg-Gumari ) road on Ladakh side and Mughal road on Shopian side– were open for the vehicular movement.