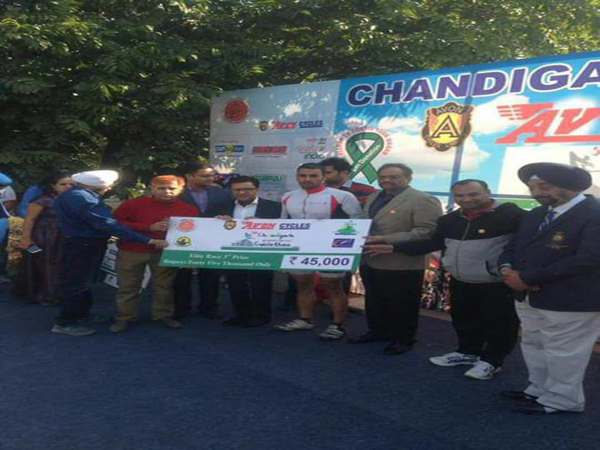 According to tweet of Tanvir Sadiq  close aide of Omar, ” The cycle donated by @abdullah_omar is proving very lucky for AkbarKhan who came 3rd at National Level Cyclethone in Chandigarh. Congrats.”

The picture released by Tanvir in his twitter shows Akbar Khan getting a reward of Rs 45000.

Omar had donated Akbar Khan a professional “Merida Reacto” 5000 bicycle worth Rs 2.8 lakh in June 2016. A national and international level cycling athlete Khan lacked access to such a sophisticated basic for his career.