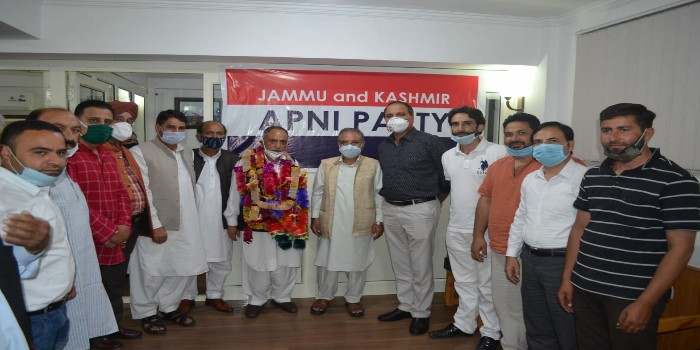 Apni Party senior vice president Ghulam Hassan Mir on Wednesday observed that the claims made by the present dispensation vis-a-vis implementation of various developmental programmes are contradictory to the ground realities in Jammu and Kashmir.

Addressing a joining function in the party office at The Bund Lal Chowk Srinagar, Mir said the administration in J&K seems to have shut their eyes to the miseries of people. “There is a huge disconnect between the people and the local administration. People are  suffering, even for the want of basic amenities. This is why we demand immediate elections in J&K so that there is a popular government in place which can understand and address the peoples’ problems,” he remarked.

Munshi, who hails from Magam-Tangmarg said that the Apni Party is actively working for the people of Jammu and Kashmir and has promoted the interests of the natives in every possible way.

He further said that Apni Party president Syed Mohammad Altaf Bukhari’s vision for bringing reforms in politics in a truthful manner within J&K has motivated him to join  the Party.