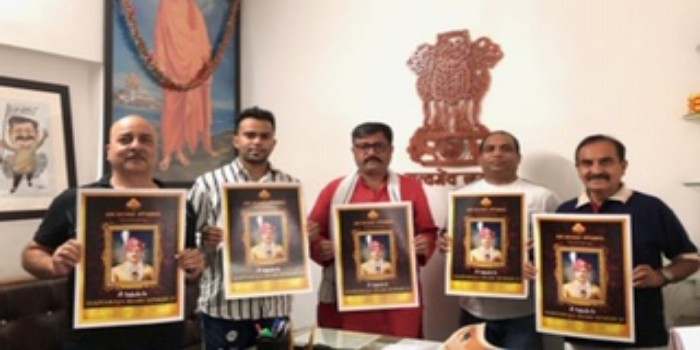 Team Jammu has formally released an audio-video album “A Tribute to Maharaja Hari Singh ji” highlighting the life and working of  great visionary and last Dogra ruler of J&K, during a function organized at its headquarters here today.

While interacting with the volunteers and artists, Chairman, Team Jammu, Zorawar Singh Jamwal, who formally released the album, paid rich tribute to Maharaja Hari Singh and came down heavily on government for not declaring September 23rd as holiday.

“For the last 70 years, political parties were exploiting sentiments of the people of Jammu region in the name of Maharaja of Hari Singh but after getting power these
political parties always indulged into gagging voice of the people and finally they stand exposed”, Team Jammu chief said and regretted that instead of taking a tough stand on the issue of declaring state holiday on the birth anniversary of Maharaja Hari Singh, political leaders were brazenly indulging into bargaining.

“Our patience is running out. People of Jammu will not tolerate such a stand of government by not declaring September 23 as Holiday. Why political leaders who claims to be championing the cause of Jammu region and Dogras are silent. They all must clear their stand before the public”, Chairman, Team Jammu, Zorawar Singh Jamwal said and warned that in the days to come, if government fails to declare the birthday of Maharaja Hari Singh as holiday, volunteers of Team Jammu would have no other option than to adopt agitational path.