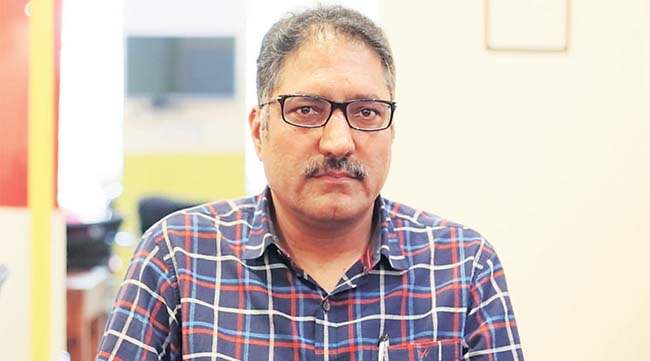 For the first time in decades J&K government has requested New Delhi to invoke Mutual Legal Assistance Treaty (MLAT) in the investigation of assassination of senior journalist Shujaat Bukhari.

In the efforts to fast-track the investigation the government wishes to approach the United States of America under MLAT, seeking assistance “for collection of evidence from social sites” serviced from that country.

The veteran journalist, who was the editor-in-chief of English-language daily Rising Kashmir, was killed by gunmen outside his office on June 14 while boarding his vehicle for home.

An official in the home department of J&K government revealed a letter about the issue was forwarded to joint secretary (J&K) ministry of home affairs (MHA), Government of India.

The official, who is privy to the contents of the letter, said it stresses on taking up the issue of investigations into the killing of Shujaat Bukhari.

“The request to shoot the letter to MHA has been made by the J&K police keeping in view the MLAT,” the official said.

The letter, according to the source reads, “You (MHA) kindly take up the issue with the Central Authority of United States of America for collection of evidence required from social sites having services in USA.”

Inspector general of police Kashmir range, Swayam Prakash Pani confirmed “during the course of investigations, MLAT has been processed.”

A police official said investigators were also working on ensuring to get non-bailable warrants issued against all the accused.

On June 28, police while claiming to have achieved a breakthrough in Shujaat’s murder stated that their hectic fortnight-long investigation had traced the conspiracy to a Pakistan-based Kashmiri blogger Sajad Gul whose arrest will be sought through Interpol by managing a Red Corner Notice.

The IGP Kashmir had stated three Kashmir-based Laskhar-e-Toiba operatives along with a Pakistani militant Naveed Jatt, who escaped the police custody in February this year, executed the plan that was conceived in Pakistan.

Lashkar-e-Toiba in a statement has denied any role in the assassination saying it was ready to cooperate in an international probe into the incident.

United Jehad Council, an amalgam of various militant outfits based in Pakistan-administered Kashmir too has distanced itself from the allegations that militants had a role in the assassination.

The UJC chief, Syed Salahuddin in a statement also sought an international probe into the Shujaat’s assassination