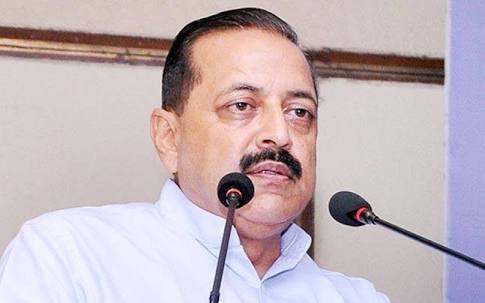 Jammu, February 4: TheUnion Minister of State PMO, Dr Jitendra Singh said  in Delhi today that youth of Jammu & Kashmir have “immense unexplored talent and potential, which sometimes remains unutilized either because of lack of opportunity or lack of mentorship and grooming.”

The same youngsters, he said, when given a chance of a wider exposure, tend to expose themselves and excel in various fields.

Speaking at a get-together hosted by him for a group of nearly 30 young school children, comprising the J&K contingent participating in “Khelo India School Games”,  Jitendra Singh recalled when he was briefly holding the additional charge of Union Ministry of Youth Affairs and Sports in 2016, a mega Nehru Yuva Kendra festival was organised at Bhaderwah which offered a unique exposure to the local youth.

During the same intervening period of additional charge, he recalled that one Sports stadium was sanctioned for each of the 22 districts of the State of Jammu & Kashmir.

Dr Jitendra Singh said that in changing context and current milieu, the youngsters also deserve to be provided opportunity to train and reorient themselves to the new requirements. Citing an instance, he said, the Kandi belt in Kathua district, for example, has produced great warriors in the past, but now, the talent of young boys in this region needs to be explored.

Under the leadership of Prime Minister Shri Narendra Modi, Dr Jitendra Singh said, this is one of the best times happening for peripheral States like Jammu & Kashmir and North East, because the Union Government accords highest priority to these States and is very liberal in offering every kind of support, financial or otherwise. He expressed the hope that the selection process of youth, particularly for sports should be based purely on objective merit without any extraneous considerations whatsoever. This, he said, will not only offer a fair chance to every youth according to his talent but would also reduce the chances of grievance among the youth, he added.