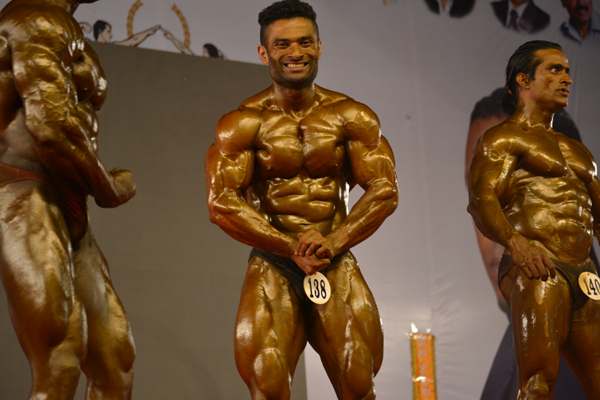 Renowned bodybuilder of the state Pushpinder Bharti is all set to participate and represent India in the forthcoming 70th IFBB men’s World Amateur Bodybuilding Championship and 11th world classic amateur bodybuilding championship scheduled to be held during 4th to 7th Nov 2016 at Benidrom Alicante, Spain

Bharti has been training for the last one year for the said championship and is determined to bring laurels to the state and to the country as a whole. His mentor and trainer Sunil Walia, who has been training Pushpinder Bharti for the last 8 years is very much confident with his present performance and wishes him good luck.

Pushpinder Bharti has represented India at various international events in the past including Mr. Asia 2014 held at Colombo, Srilanka and Mr. Aisa 2015 held at Kitakyushu, Japan.

He is the reigning title holder of Mr. J&K, Open Mr. Chandigarh, Open Mr. Mohali and title winner of Jr Mr. India 2011, 2nd Runner up in Sr. Mr. India, 6 times Mr. Panjab University, and has many other accolades to his kitty.