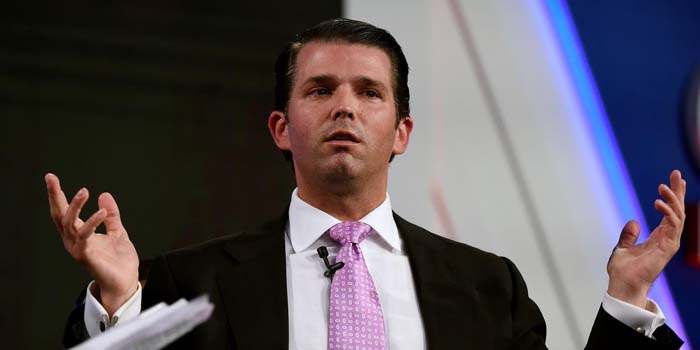 Donald Trump’s son on Sunday claimed Democratic presidential candidate Joe Biden will not be good for India as he could be soft on China, reported PTI. Donald Trump Junior is leading the re-election campaign of his 74-year-old father. The United States presidential elections are slated to be held on November 3.

“We have to understand the threat of China and no one knows that probably better than Indian-Americans,” Trump Jr told community members at an event in Long Island, New York. The event was held to celebrate the success of his book on graft allegations against the Bidens.

“When you look at our opponents in this race you think the Chinese gave Hunter Biden [Joe Biden’s son] USD 1.5 billion because he was a great businessman, or because they knew the Bidens could be bought, and therefore soft on China,” he said. “Therefore, [Joe Biden is] bad for India.”

Trump Jr was referring to the latest allegations of corruption against the Biden family as revealed by New York Post. Hunter Biden had allegedly sent emails about Biden’s connection with a Ukrainian gas company. The emails were discovered by President Donald Trump’s allies. The New York Post article is based on alleged emails given to the lawyer of Rudy Giuliani, Trump’s personal attorney. The emails, the report claimed, came from data recovered from a laptop and hard drive left by Hunter Biden at a repair shop in Delaware in April 2019. The article claimed that Joe Biden had met with an adviser to a Ukrainian energy company, on whose board Hunter Biden served. “Smoking-gun email reveals how Hunter Biden introduced Ukrainian businessman to VP dad,” the newspaper’s headline read.

“It is not just China, as they said China Inc with the Bidens, it as the Ukrainian, it was Russia and it was overwhelming because they know that he can be bought,” Trump Jr alleged.