Journey of ‘Dangal girl’ from Kashmir to bollywood 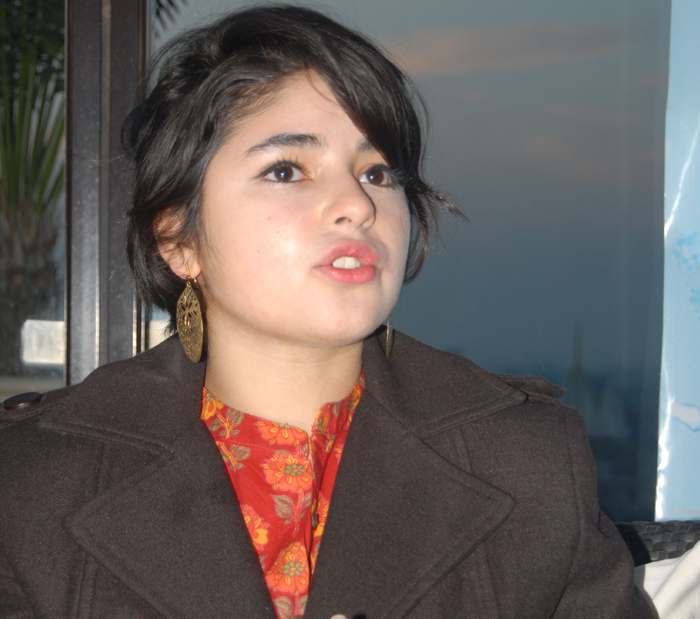 Jammu, January 14: Zaira Wasim, who was unknown a few months ago, has now become a household name in her native State after playing a role in Mr Perfectionist Aamir Khan’s movie “Dangal”.

Competing with a thousand girls, Zaira never thought she would ever get a chance to play the role of wrestler Geeta Phogat and would get the chance to share screen space with superstar Aamir Khan. After completing shooting for six months in Mumbai, Zaira is now back in hometown.

This Cute and chirpy girl was born and brought up in Kashmir. As a child, she has first appeared on television. She made her bollywood debut with 2016 film Dangal. Apart from movies, she has also done a couple of National ads.

“Playing Geeta Phogat, the role demanded wrestling skills on my part. I had to go through rigorous physical and mental training. I had worked so hard and I am glad people appreciated my work,” added the 15-year-old Zaira, who is currently in Class 10.

When asked how supportive her family is, she said, “Like other parents, I too had to convince my parents to support my decision to act in the film. No doubt my family is very supportive and has supported me at every step. Initially my dad was little worried about this but I think it is natural

every parent is worried and concerned about his children. But he supported me and this is the reason why I am here today.”

Zaira added, “When I saw appreciation and support from my friends, family and other neighbours and I feel really honoured. I strongly believe that the people in Jammu and Kashmir should “realise their talent” as they have a “lot of potential and ability”. I strongly believe that every person is different and has some or the other ability the only thing is to recognize and realize one’s potential.”