Kabul university attack and its dimensions 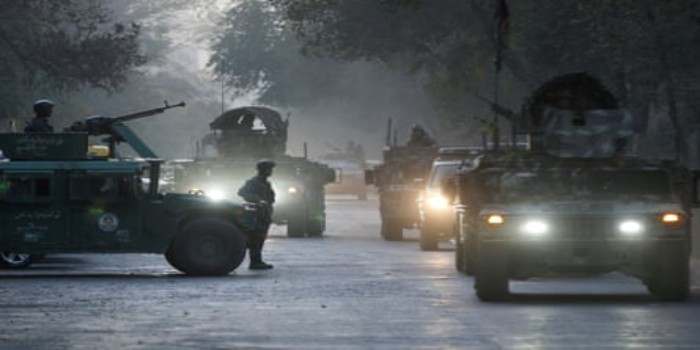 The terror attack at Kabul university on Monday where 20 were killed and equal number wounded is a soundtrack of recurring violence in Afghanistan , reverberations of which would be felt beyond its borders. The perpetrators of violence on the campus is not all about killing the nascent peace talks in the country , it is much more than that.

In the immediate context , however, it the peace process and intra-Afghan talks would suffer a big jolt. There is no way that the talks can survive when such a high velocity violence is going around . The Kabul University attack was meant to silence debate on issues facing Afghanistan , and by any reckoning the peace talks are in the Centre of the national debate in Afghanistan . The campuses are the epicentres of such discussions and debates where merits and demerits are discussed threadbare.

Perhaps the terrorists just wanted to kill to achieve a bigger impact by killing as many people on the campus as they could , just to raise the profile of the group that they represented with guns and bullets . The wider political objectives must have been in the knowledge of the terror leaders who sent them to go in for killing spree on the campus , and that could be to derail the peace process in the trouble-torn land of Afghanistan , or it could be the competition between Taliban and Islamic State as to which of the two groups can kill more and lay claim to supremacy there.

These are reflections of the ground realities emerging in Afghanistan. The sudden rise in violence in the recent weeks has complicated the situation for the country where all hopes of the people are dashing like house of cards after each incident of violence . It gets magnified in their minds for they are witnessing terror-related-violence at a frightening speed . This kills two prospects – peace becomes more and more distant , and it makes it difficult for the international players to find an exit route. The international forces can neither exit nor can they add anything more in Afghanistan to stabilise the land jolted by wars and never-ending conflicts .

But the attack on the campus, though not first in the line of fire of the terrorists , has added yet another dimension as there is a clear message that no place , be they educational institutions, hospitals or public offices are out of reach of terrorists . Each time such attacks take place, the system’s perennial weaknesses get exposed before the world.

In fact, there is no fool proof system in place to foil such terror attacks . Terrorists can target any place and people . The western countries’ vulnerabilities to terror attacks are becoming more and more visible . the terror attack in Austrian city of Vienna on Tuesday is yet another manifestation of the failure against terrorism . This is when there is a widespread perception that the countries in the west are better prepared and equipped to foil such attacks. But the story is other way round . Certain facts cannot be eclipsed – 9/11 had shown that how terrorists got better of the security apparatus of the United States of America . At that time, the attack was looked at as an attack on the economic power of the most powerful country in the world, but the real dimensions have come to manifest now . The plotters of the attack, now it can be said with some amount of certainty , knew that the attack would invite retaliation in which half of the world would get involved triggering a clash of civilisations , beside the forces versus terrorists on the soil of Afghanistan .

What is happening now is an extension of the war on terrorism that has recoiled in Afghanistan , where Americans had to stand alongside Taliban leaders in the same frame , while in 2001 the two started the war to finish each other . Neither perished, but the idea of peace disappeared , and whenever it was brought back on table , the gins and bullets pulled them down. Kabul university attack served that purpose, and now its ramifications would be felt in Doha, where talks were held, Pakistan that claimed that it was playing the role of peacemaker and also in America that would become more distrustful of the whole process.