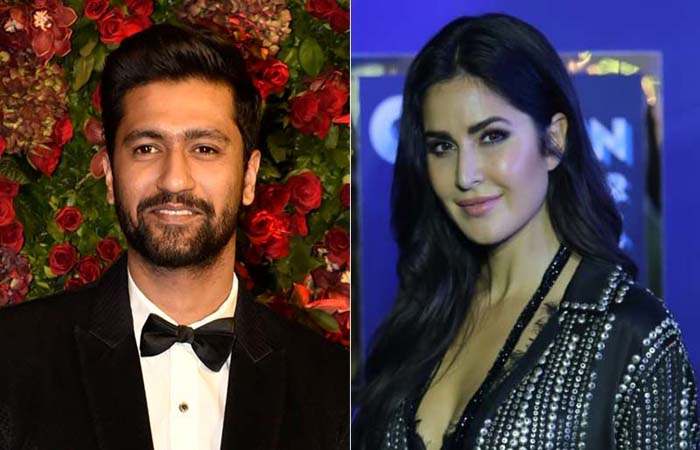 Katrina Kaif and Vicky Kaushal have been trending big time, courtesy reports of their wedding. The couple are reportedly set to get married on December 9. According to a latest Pinkvilla report, the star couple’s sangeet ceremony will be choreographed by Farah Khan and Karan Johar. Pinkvilla quoted a wedding guest as saying, “Karan Johar, a close friend of the couple will also be there. While directors Farah Khan and Zoya Akhtar are expected to attend as part of Katrina’s entourage. While KJo is expected to choreograph the sangeet from Vicky’s side, Farah, who is very close to Katrina, will apparently do it from the actress’ side.”

Katrina Kaif and Vicky Kaushal’s wedding is expected to take place on December 9 while the engagement, mehndi and sangeet ceremonies will reportedly take place on the 7th and 8th of December. The Pinkvilla report also added that filmmakers Shashank Khaitan and Zoya Akhtar will be the attendees. “Filmmaker Shashank Khaitan, who has directed Vicky in the recently-concluded Govinda Mera Naam, is attending the wedding as part of the actor’s baraatis. Shashank is the first wedding guest to be confirmed. He will be taking a brief break from his directorial, Dono Mile Iss Tarah, starring debutant Shanaya Kapoor, to attend the wedding,” the Pinkvilla report stated.

Last week, there was a report that the couple will have a court marriage ahead of their wedding festivities scheduled to take place in Rajasthan. “Before their wedding rituals in Rajasthan, Vicky and Katrina will be getting married in Mumbai. A source close to the actress tells us that Vicky and Katrina will have a court marriage in Mumbai next week before they head to Jaipur for their royal wedding at the resort near Ranthambore,” Bollywood Life report stated.

Several media reports stated that Katrina Kaif and Vicky Kaushal reportedly got engaged on Diwali at director Kabir Khan’s house. The venue and ensemble details were also shared. The duo will get married at a royal palace named Six Senses Fort Barwara in Sawai Madhopur in the first week of December. The rumoured couple will reportedly wear ensembles designed by Sabyasachi.

The stars reportedly started dating in 2019. Earlier this year, during Zoom’s chat show By Invite Only, actor Harsh Varrdhan Kapoor confirmed that the actors are dating and said, “Vicky and Katrina are together, that’s true. Am I going to get in trouble for saying this? I don’t know. I think they’re quite open about it.”

Lata Mangeshkar In Hospital After Testing Positive For COVID-19