Kashmiri Pandits , waiting for 28th anniversary of exodus from the Valley 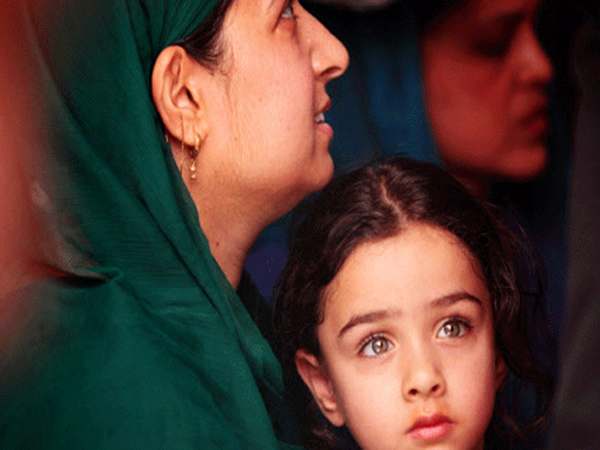 It is the 27th year  for these hapless people  living as refugees in their own state and  the rest of the country , and the nation have failed them in restoring  Kashmiri Pandit migrants to their homes in the Valley. Worse still,  they don’t see any hope on horizon that can take them back to  Kashmir which they left in dark  cold nights  as frightened  pigeons .

As they observe the 27th anniversary  of their exodus from the Valley  today they are staring at strikingly more uncomfortable scenario  than  what  they had feared at the time of their leaving their homes and hearths.   The  atmospherics in Kashmir are choking  for them, and the moment there is even a whisper of their return , a campaign  of hatred  laced with communalism and  extremism starts .  In their  own land , they are seen as aliens .

Irony is that there are “ welcome noises for them”, but that welcome banner is dotted with unacceptable conditions in bold . That’s scary. They cannot return to the places , they want to live or feel safe . The choice of their future  homes is subject to the approval of the forces that   were responsible for their exodus.

Intriguingly , the proposals  of their return is  seen as a “ conspiracy “  by the separatists and the mainstream parties like Congress, National Conference and also some from the ruling PDP  ,” to undermine the Muslim –majority character of the Valley.”  The inverted logic is that “ once the Kashmiri Pandits return to the Valley via transit camps, it will also open ways  for the outsiders to  settle in the Valley.”

Separatist leader Syed Ali Shah Geelani, tallest of the  separatist leaders,  said it “ repeatedly  that they ( Kashmiri Pandits) are welcome to their homes  in the Muslim neighborhood.” It seems to be a noble thought after all the two communities living side by side  can  regain their mutual trust  and live happily thereafter. The guarantee of safety that comes from the neighbours is more than 100 soldiers guarding the community.

But the question is, where are the homes? They have either been encroached or sold in distress sale . It is true in a majority of cases . If they return, they will have to look for alternatives , and those  alternatives are not acceptable to  the local leadership there.

Kashmiri Pandit migrants  believe that they have the reason to  doubt such pronouncements . They feel that they have become voiceless people and  no one is listening to them. “ We are sick of hearing that we can go back to the Valley , and still worse that most of us don’t want to go back to our homeland. Both these  statements are highly incorrect,” said Shadi Lal Bhat of Kulgam  now living in a rented accommodation here . “  Our past is being erased and the future is uncertain , our present is a dilemma where are we , and who are we ,”  Kuldeep  Dhar, a retired employee  said in complete frustration .

The Centre has let them down  in all respects.  All the governments promised them  their homes in the Valley, and when it came to  implementing the project, developed cold feet. Former Home Minister  L K Advani  had declared “ I will not think that  Kashmir is normal unless Kashmiri pandits are restored to the Valley with dignity  and honour.” Former  Prime Ministers  Inder Kumar Gujral and  Manmohan Singh , who were themselves refugees- empathized with community  and echoed each other in saying,” We understand your pain, we will get back to your homes and the land of your forefathers.”  Nothing happened .  Nothing will happen- the community members are convinced .

Kashmir is now  the new land of extremism where any other thought  is unthinkable , and the soldiers, howsoever big their number may be, would not  be able to give them sense of security.  After the 27th anniversary of “ holocaust” anniversary is over, the countdown for the 28th anniversary has begun. Sad !