What about the image problem of Kashmir ? 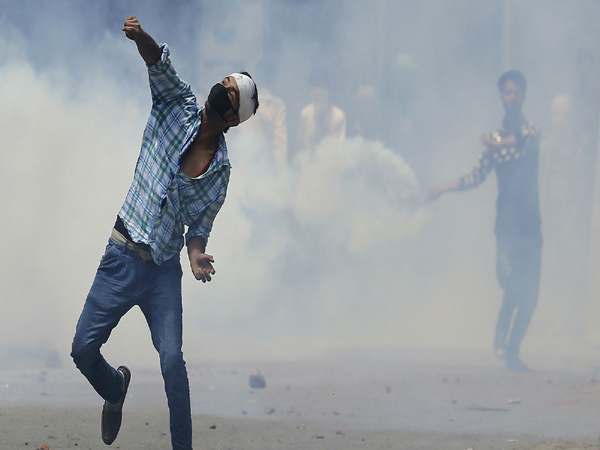 The government has announced compensation of  Rs.5 lakh  and  promised  a job to the families of the each  of the stone throwers killed in law and order situation in  the Valley. If that  is what the government believes can bring peace and order  to  the Valley  that  saw unprecedented  trouble and violence  last year , attributed to the trigger provided by the  killing of Hizb-ul-Mujahadeen commander Burhan Wani on July 8 , one  can only hope so. But that hope is extremely fragile.

A major concern at the moment is that how would  the Valley restore its image as a safe place and secure and fearless destination  for tourists and investors and  reinforce confidence among the people of Kashmir themselves. There are no clear answers. The forces of destabilization and the vested interests are  working over time to revive  militancy  and  elements of unrest . The people outside Kashmir are not convinced that  something has fundamentally changed  to  imbibe confidence in them.

Kashmir continues to suffer the image problem because of the “ horrible message that has  gone across  the country and abroad,” lamented an official who is engaged in projecting the image  of Kashmir as a transformed place and as hospitable and peaceful as it  was prior to the beginning of the violent troubles last year. “ The bad message of 2016  is now  seen  along side the troubles in 2008, 2009, 2010  and the recurring terror attacks.”

“ We were expecting that  after the separatists issued a welcome back call to  tourists and pilgrims in November, the tourists and investors would feel encouraged t visit the Valley.  Their word was regarded as important

by  the local players  because the outside world, particularly  tourists, were keen  to know  how the separatists, whose shutdown and protest calls had  violently stalled the tourist season last year, would  see tourists to the Valley in future.,” a prominent  tour operator based in Srinagar told JK News Today

Tourists had not  forgotten  the way they had to leave the Valley in July , how their vehicles were targeted with stones. The shattering and smashing of their windscreens and  window

were greeted with glee and cheers by  the miscreants..  The weather has changed but the ugly dots on the  Kashmir’s image have not been blanketed out by the white cover of snow.

Chief  Minister   Mehbooba Mufti’s  assertion that  “ Kashmir is safest for girls.” Has not stuck chord . The question the tour operators in Delhi, Mumbai Ahedabad have asked is, “ Is Kashmir safe with itself.”  There are no convincing answers, and the people  fear that they would feel the impact  of the  2016 unrest  on Valley’s image in 2017 as well.