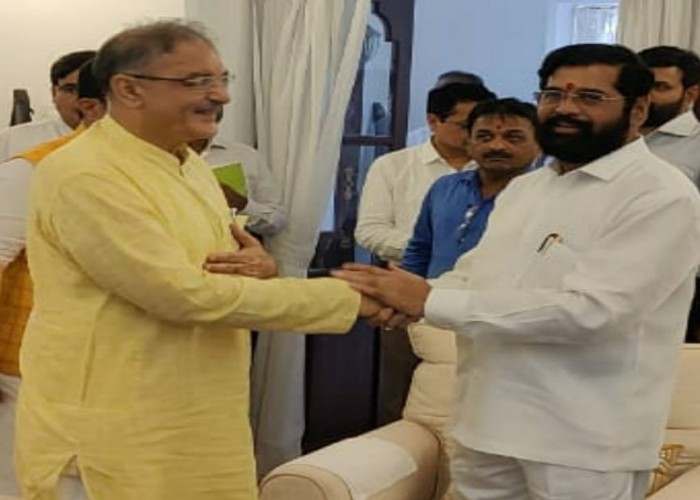 Kavinder, who visited Mumbai held exclusive meetings with the Maharashtra Chief Minister and Deputy Chief Minister and appealed them to bring investment in J&K as the avenues have been established by the government by scrapping the biggest hurdle in the path of Union Territory’s development viz Article 370. He said that the scenario is totally changed in J&K with vistas of opportunities waiting for the business giants to establish their ventures in the most beautiful region of the world.

The senior BJP leader said, Maharashtra especially Mumbai being the financial capital of the country should come forward in uplifting the economy of J&K through substantial efforts by big investors and industrial giants. He said that unlike the successive governments the incumbent dispensation is offering all the benefits under its ease of doing business initiative therefore business giants should encourage those having potential to invest in J&K.

After listening to Kavinder Gupta, the Maharashtra CM assured to convince and convey the message to the leading investors in Mumbai and other parts of Maharashtra to take steps in the aforesaid direction.

The Deputy CM also gave similar response to Kavinder Gupta in the matter and assured to visit J&K in coming time.