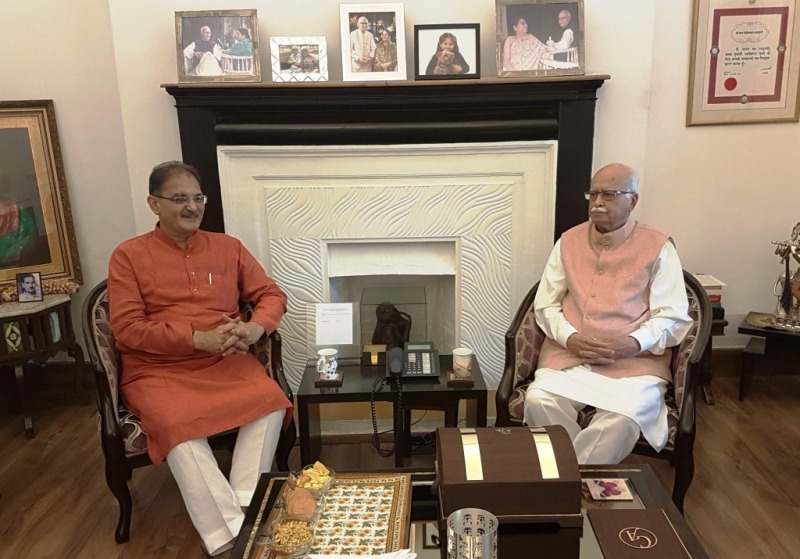 Gupta briefed Advani regarding the present situation of Kashmir valley and the measures being taken by the state government to bring back normalcy in the state.

The Speaker told him that barring few incidents of stone pelting, the situation is almost under control and the youths of the valley have also understood the mentality of the separatists’ leaders and their ill designs to destabilize the government.

“These protests and demonstrations are the result of cumulative process and pent-up frustration which crystallizes around a single event and it not only effects the working of the government but also puts a break on the development of the state in general and the youths in particular”, Gupta said.

The Speaker told former Deputy Prime Minister that the State had suffered a cumulative loss of Rs 10,000 crores in the last three months adding up Rs 120 crores with each passing day, “it is not the state government who suffers but the real sufferer is the common man related to the tourism, transport and other allied industries, he explained.

Gupta said, the time is near where we will see a different Kashmir in the coming days, as this time it is the common man who has denounced violence and learned from their own mistakes and the life has started to come back to normalcy.