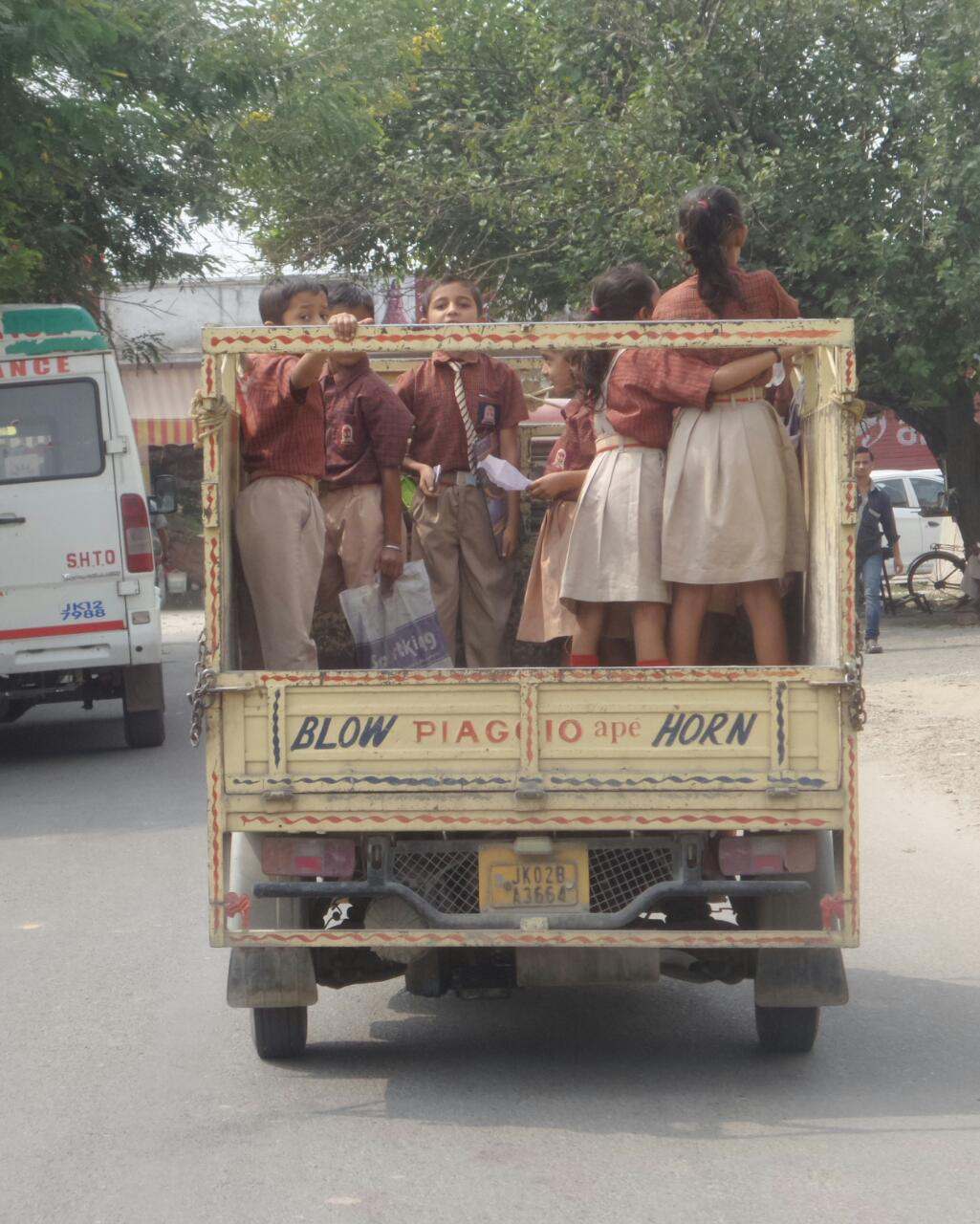 Citing an example of professionalism, Deputy Commissioner Jammu, Simrandeep Singh today took an action against a person ferrying school children in a load carrier at Channi area of Jammu City.

The complaint was just sent to DC through a whatsapp message in a social media group.

Following the complaint on social media, the young officer has taken it seriously and personally visited to the School in Channi Himmat area to cross check the information passed to him in a whatsapp group along with photograph. The picture clearly shows school children ferrying in a load carrier.

After taking action, the DC uploaded his message in the group, “Today I went to the School when the school was about to close. I showed the picture to principal who admitted that the students belonged to her school. She told that the tempo (load carrier) driver is parent of three children and he transports them alongwith few others in this manner.”

“Infact I waited for him and he was caught found the same. His tempo was seized and its registration has been suspended. He was taken into custody and taken to police station Channi where I have told the SHO to lodge FIR,” added DC Simrandeep Singh.

Meanwhile, the SHO police station Channi, said that an FIR under section 279 Motor Vehicle Act has been registered in this regard.