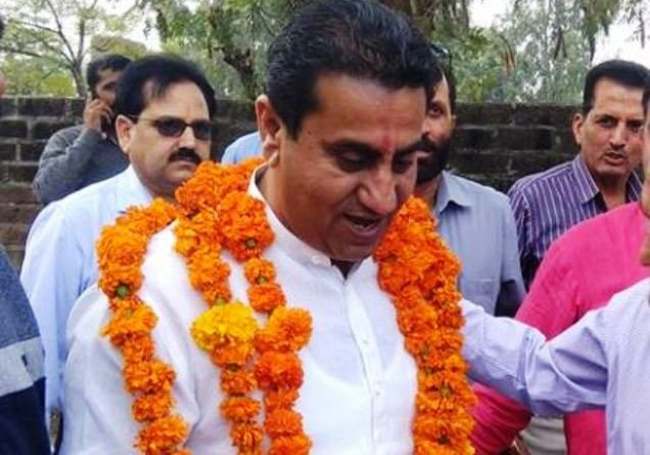 Several trade organisations in Kashmir have decided to boycott new forest minister Rajiv Jasrotia’s functions in the Valley.
Reacting sharply to the elevation of MLA Rajiv Jasrotia’s induction into the state cabinet, who had participated in a rally in Kathua where the accused in infamous Rasana case were allegedly defended and CBI inquiry was demanded , the Kashmir Economic Alliance Chairperson Haji Muhammad Yasin Khan said his forums would boycott events where ever Jasrotia is invited as a guest.

In a statement ,Khan who also heads the Kashmir Traders and Manufacturers Federation said it was unfortunate that to be in power the ruling PDP was rubbing shoulders with such people.

“This is not the issue of politics or religion but humanity. When even New Delhi based media which is otherwise seen anti-Kashmir has taken stand against elevation of Jasrotia as a minister ,how can people of the home state tolerate elevation of pro-rapist lobby,” Khan said.

Stating that his forums prefer humanity over business, Khan said the KEA and KTMF would be boycotting all the events where such politicians are invited.